We are in the throes of the dreaded GCSE revision in our house. And I say, revision, there seems to be a lot of flash cards being written and notes being highlighted but I’m not entirely sure if anything is actually being revised. I am, therefore, trying to console frazzled nerves and overloaded brains with delicious food and treats. I am baking up a storm and have also been looking at healthy meals which can be cooked by a teen looking for a distraction in the kitchen.

This wonderful Bacon and Spinach Scramble started life as a lunch, made at high speed, for myself one weekend. Ben spotted me making it and ended up eating most of it himself, leaving me with barely a mouthful. So I showed him how to make it himself and he has been whipping up this Scramble ever since. It’s hardly a taxing recipe, just three ingredients, but the combination of crisp bacon, just wilted spinach and protein rich eggs, is just the ticket when you’re in a hurry or looking to do anything other than revise.

This shouldn’t be reserved for hungry teens, however, do tuck in yourself and add in other bits and bobs, such as cherry tomatoes, herbs or cheese, if the fancy takes you. 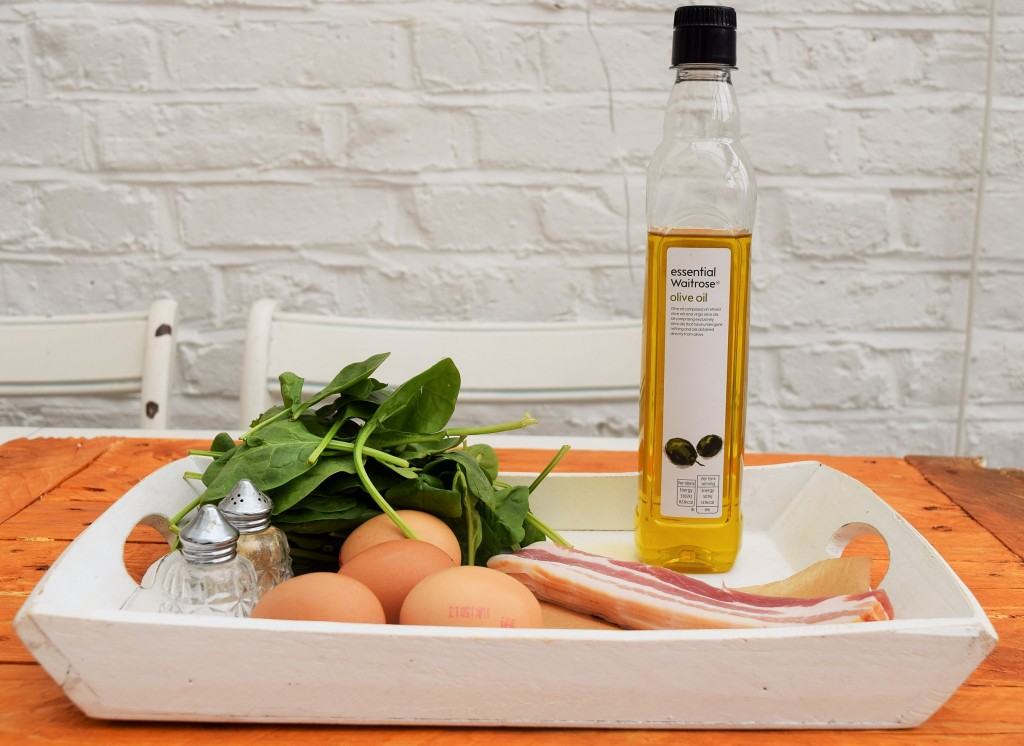 Here’s the simple three ingredient line up (ignore the oil and salt and pepper, they don’t count). Such a tasty little combo and I always think the addition of spinach makes a recipe suddenly uber healthy.

This is short but sweet, so start by taking the rashers of streaky bacon and snipping into small pieces. Add these to a tablespoon of olive oil heated up in a medium frying pan, and cook until starting to crisp nicely. 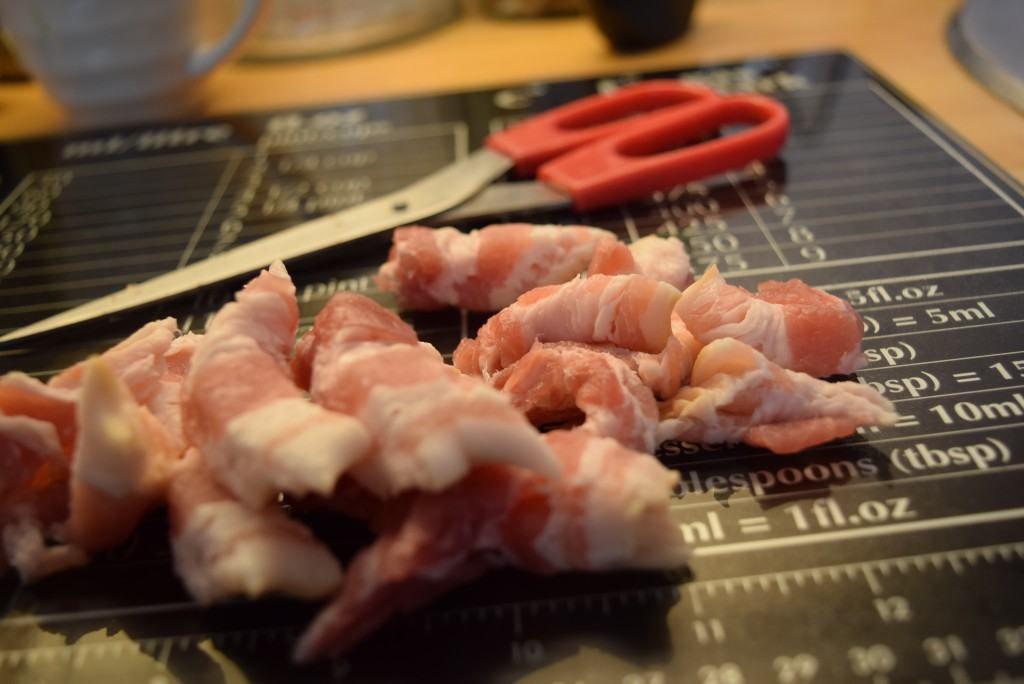 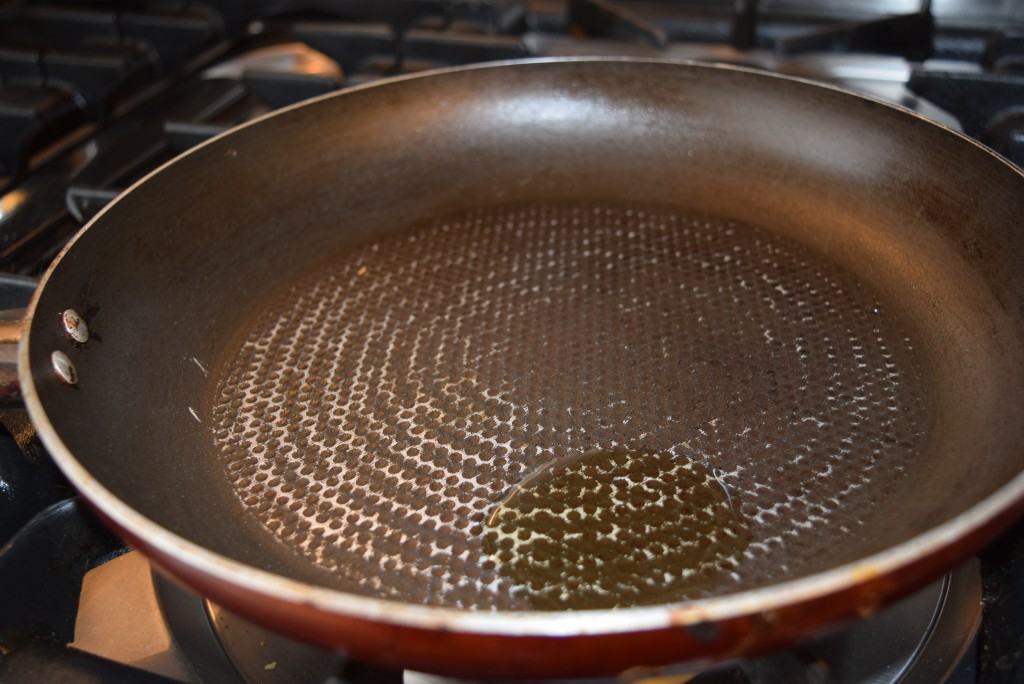 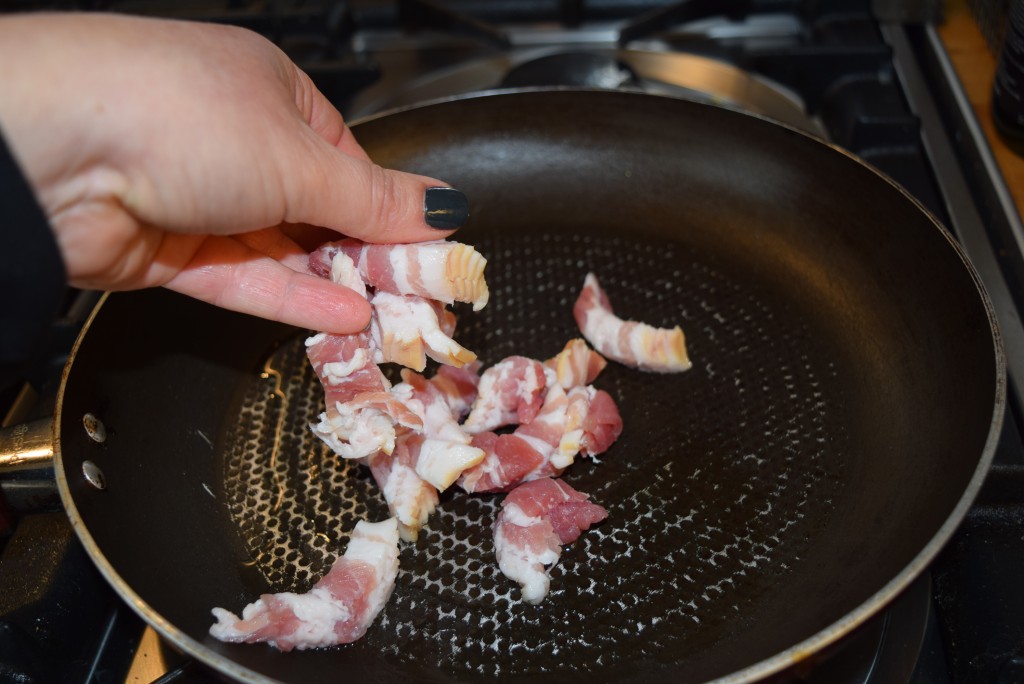 Ooh, had treated myself to another manicure for a party this weekend so there may be a few more gratuitous hand shots than usual. 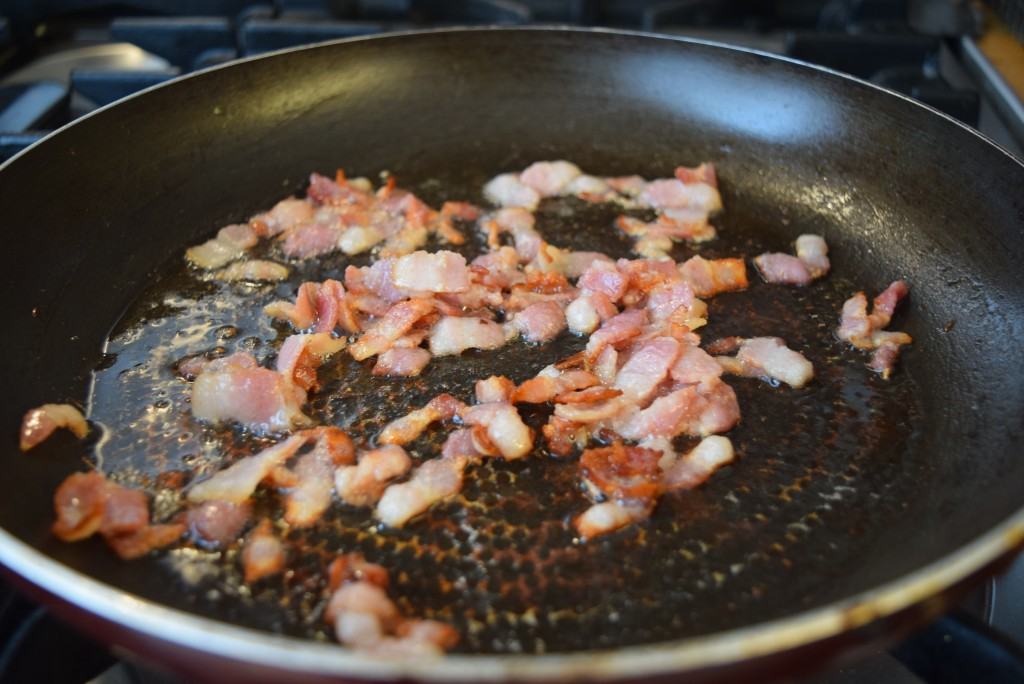 Once your bacon is mouthwateringly sizzling and crisp, throw in two big handfuls of spinach. Wilt this down in the hot bacon juices for around 2 to 3 minutes, trying not to eat big mouthfuls of it straight from the pan. 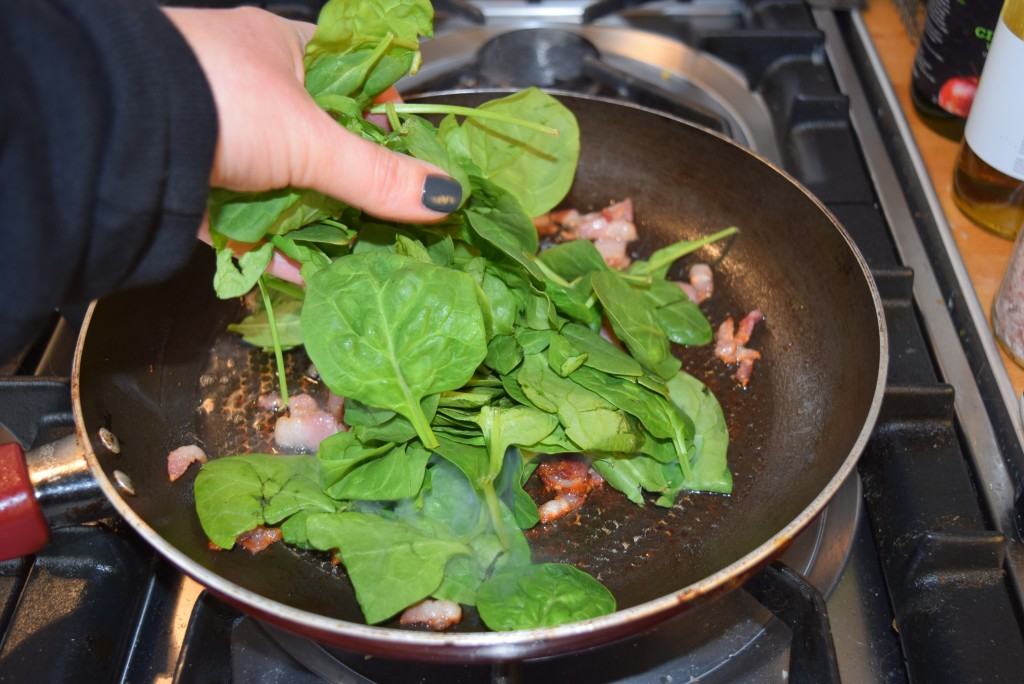 Pop a bit of ground black pepper in, and salt if needed, now if you like. 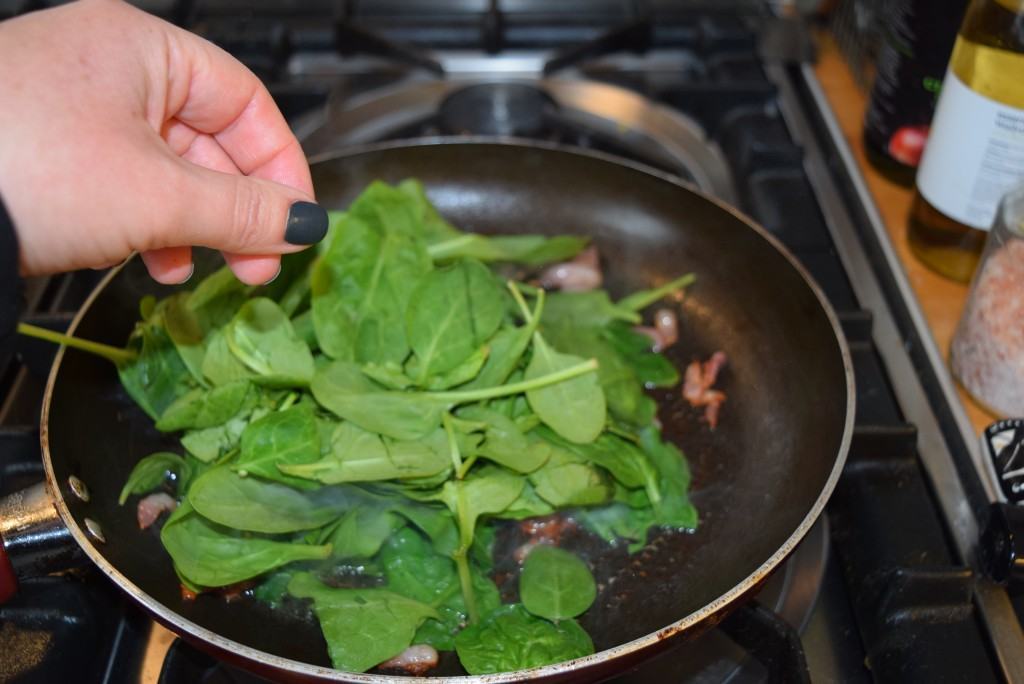 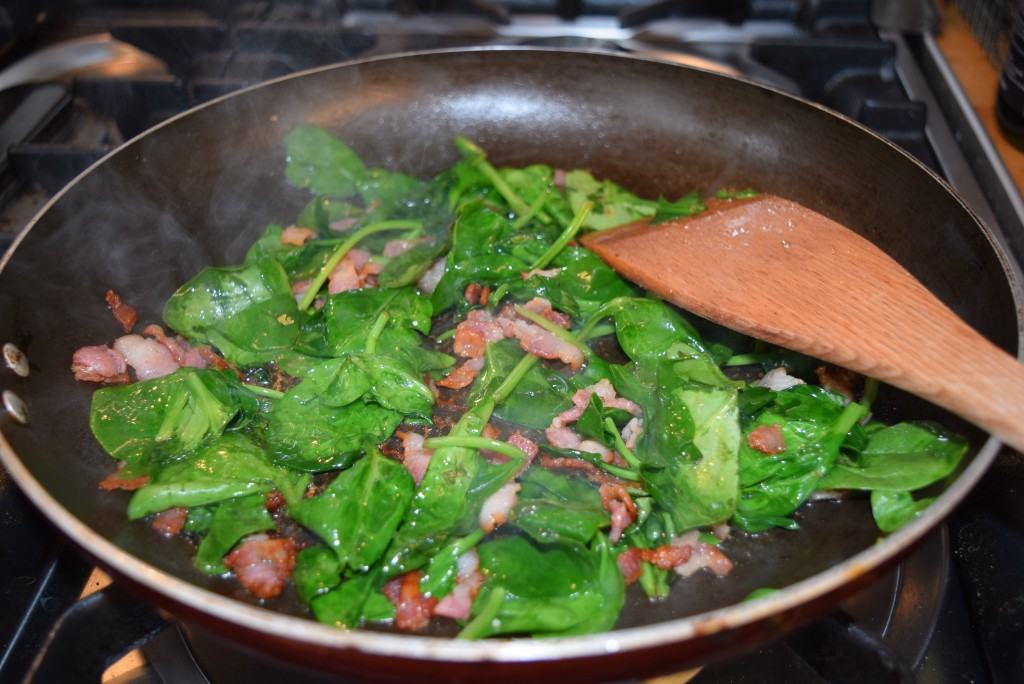 While the wilting is going on, lightly beat the eggs, then pour these into the spinach and bacon deliciousness. I used four eggs as this was enough for a permanently starving 16 year old, even though he asked for 6. But do use as many as suits your appetite. 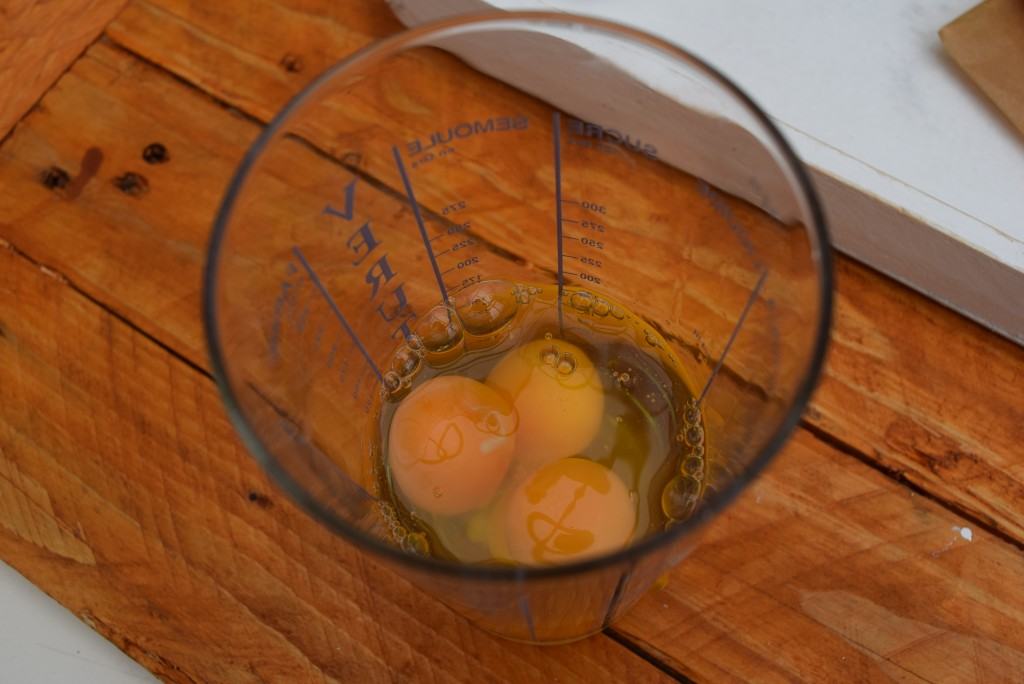 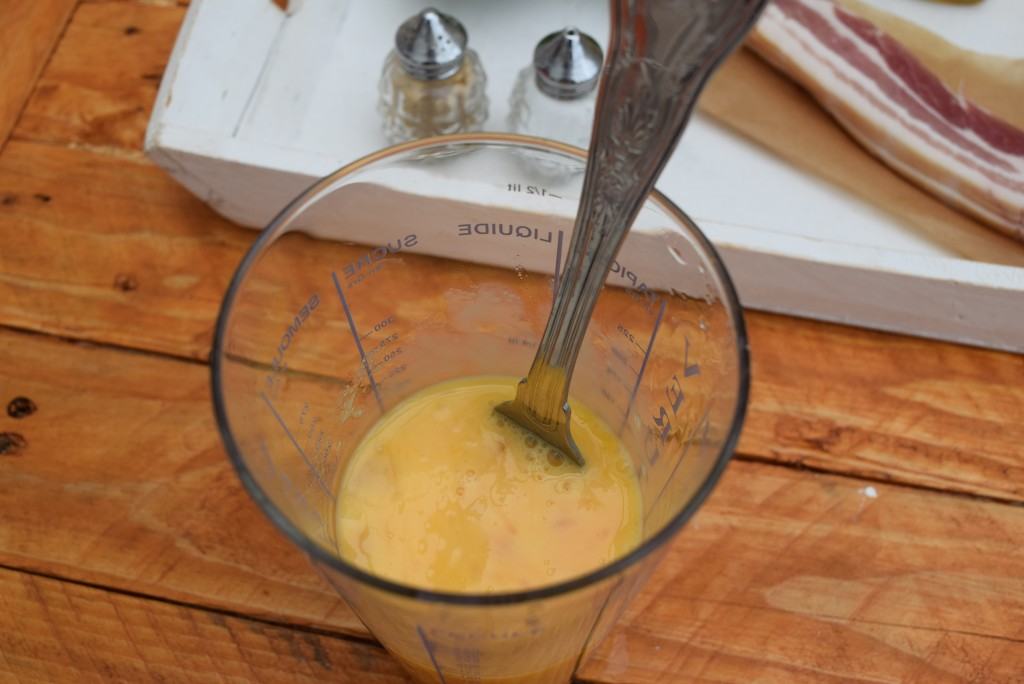 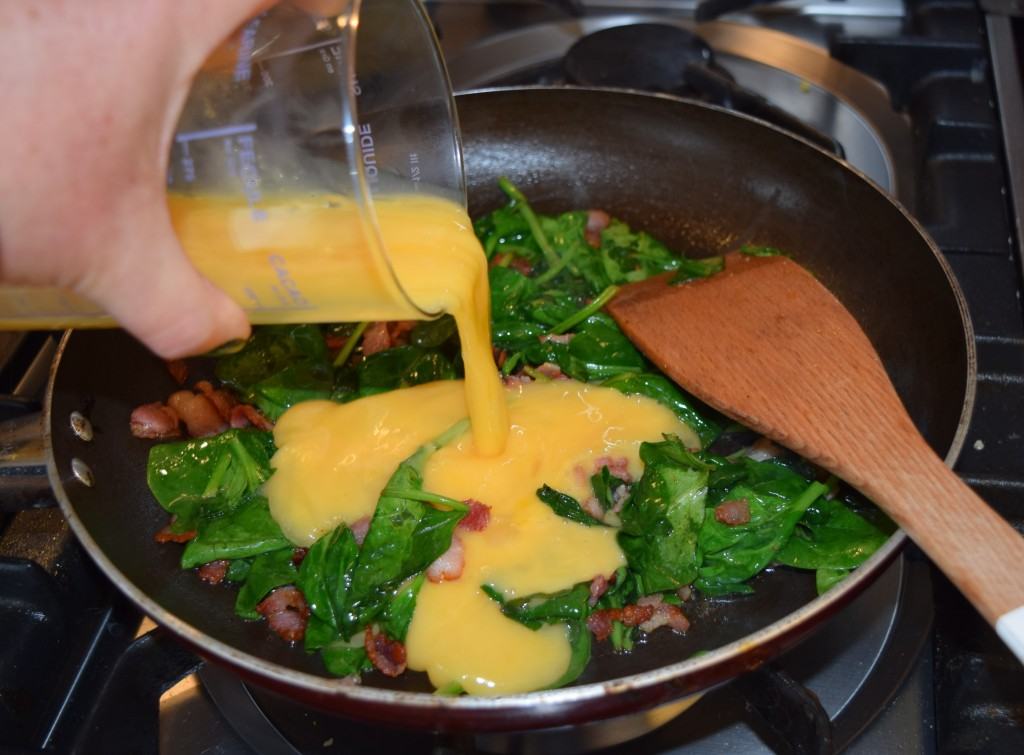 Mix these eggs in well and keep moving until just set, then you’re ready to serve. 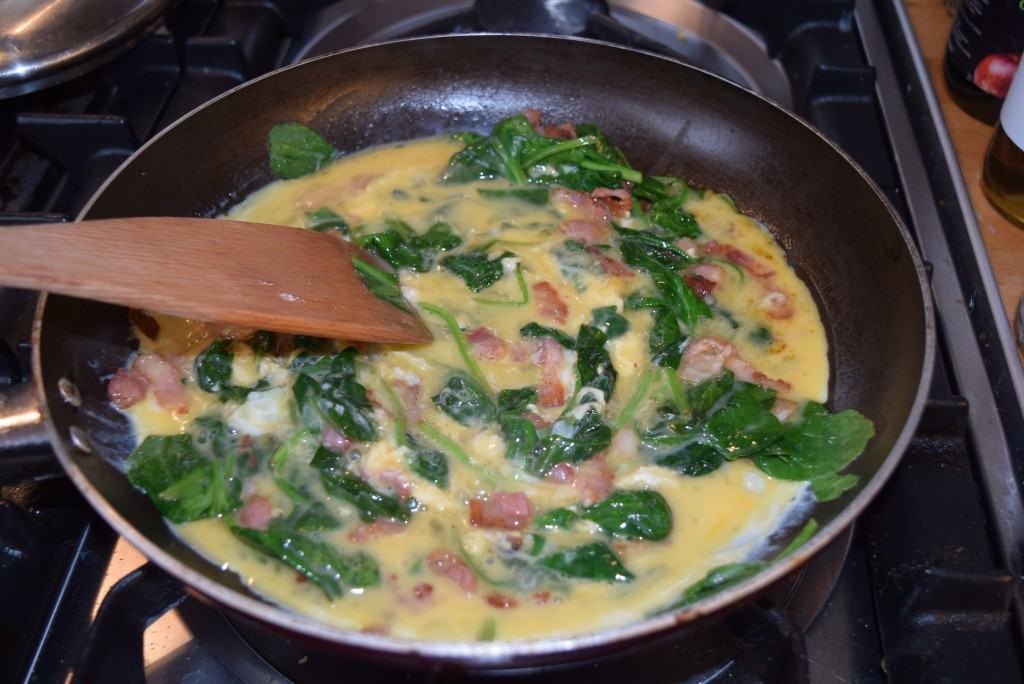 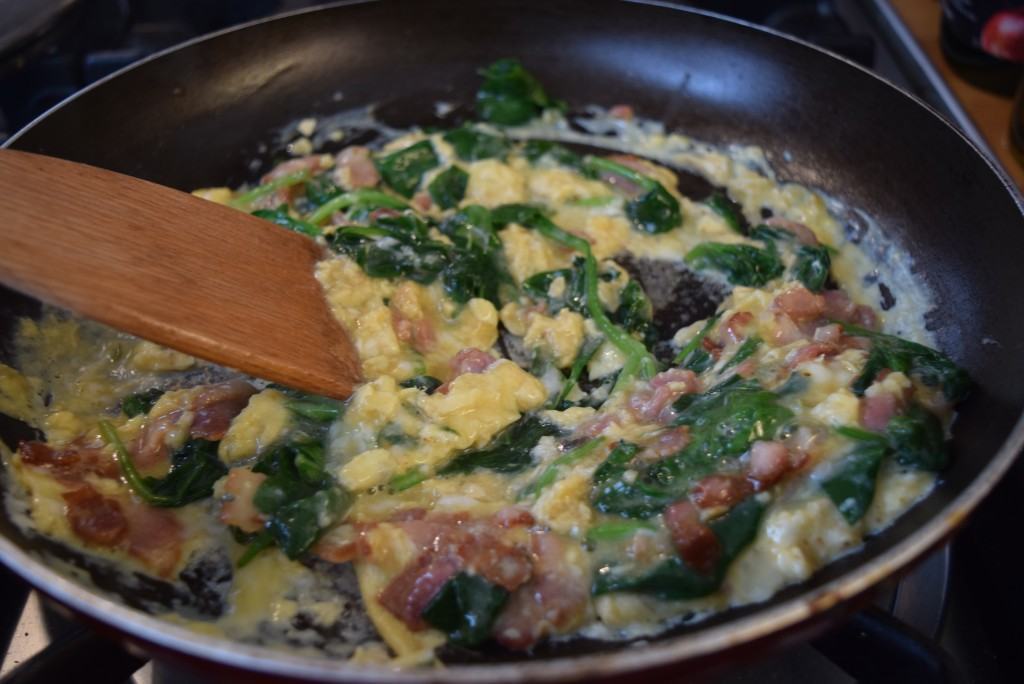 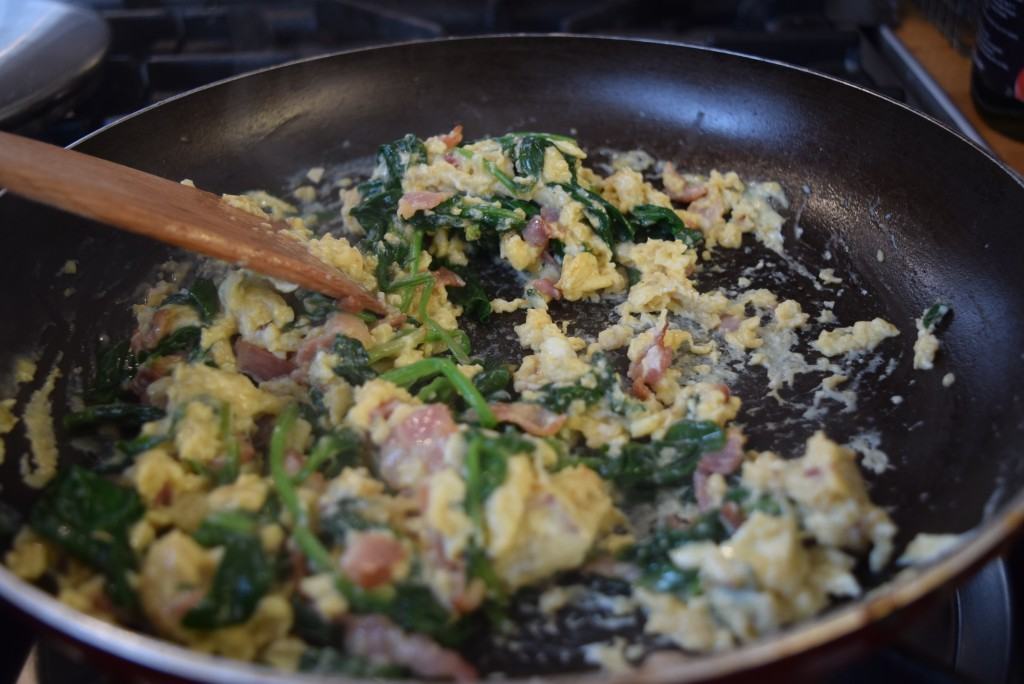 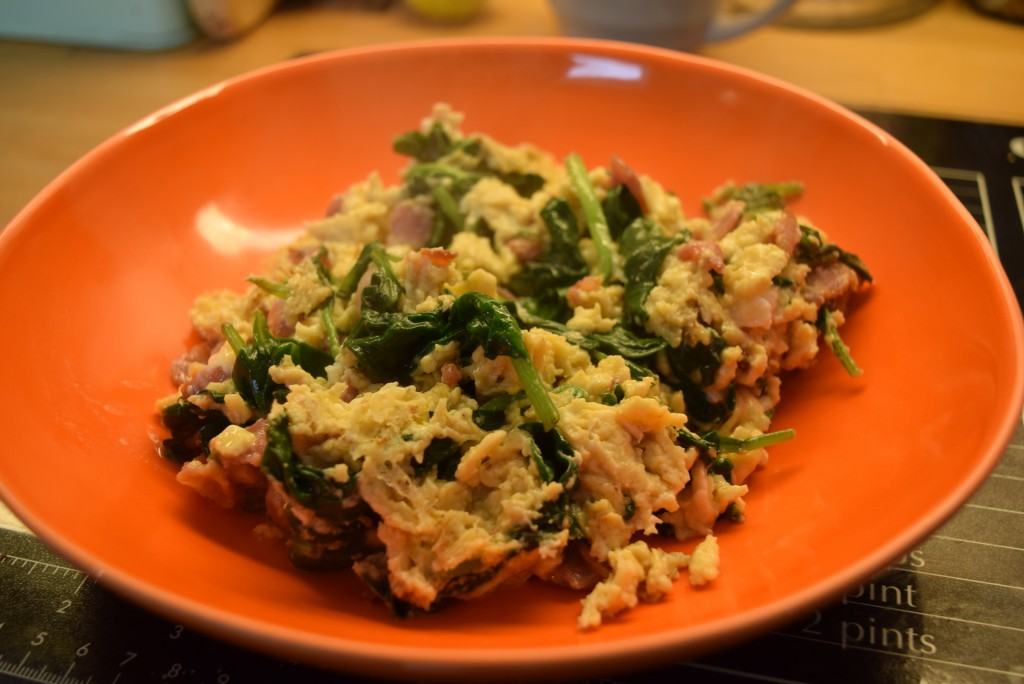 This isn’t winning any prizes for a) looks or b) haute cuisine but this Bacon and Spinach Scramble is completely delicious and on the table in about 5 minutes. 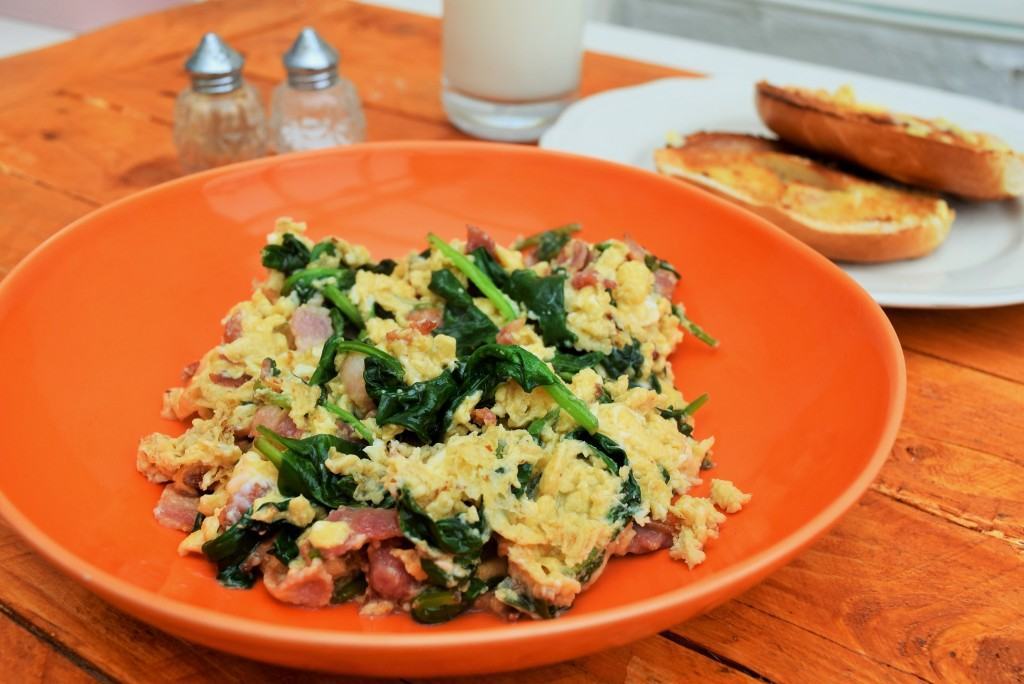 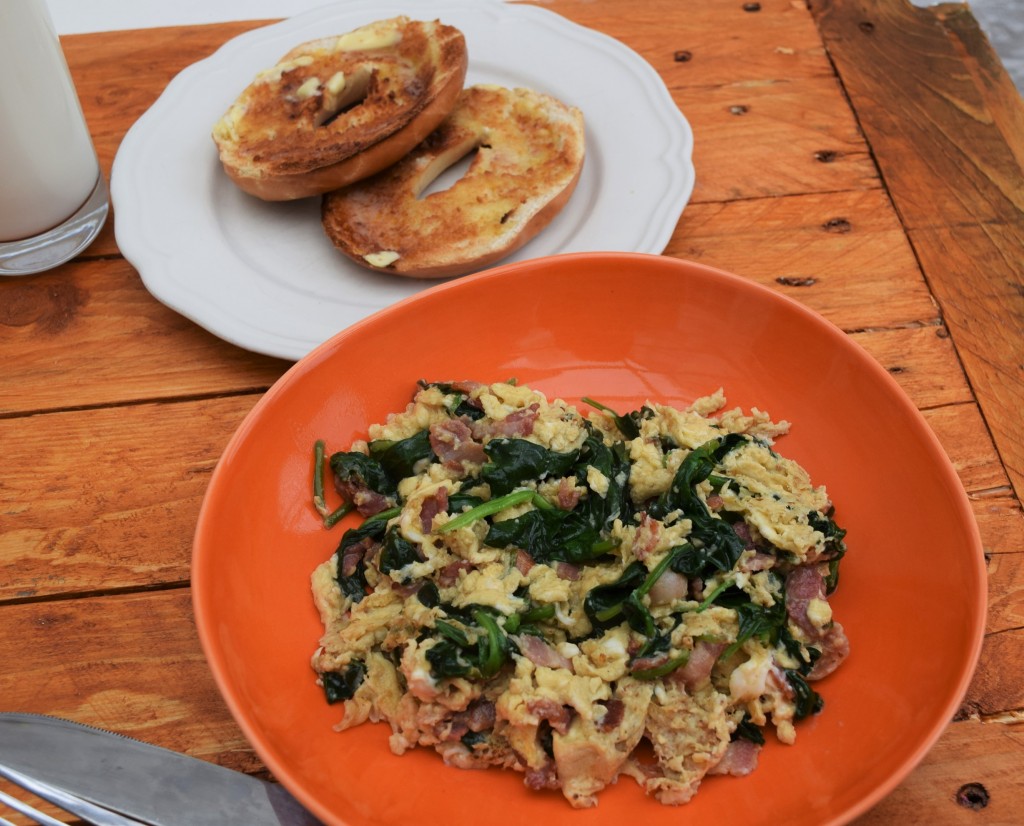 Realistically Ben would eat at least three bagels with this.  You wouldn’t believe my shopping bill for a week. 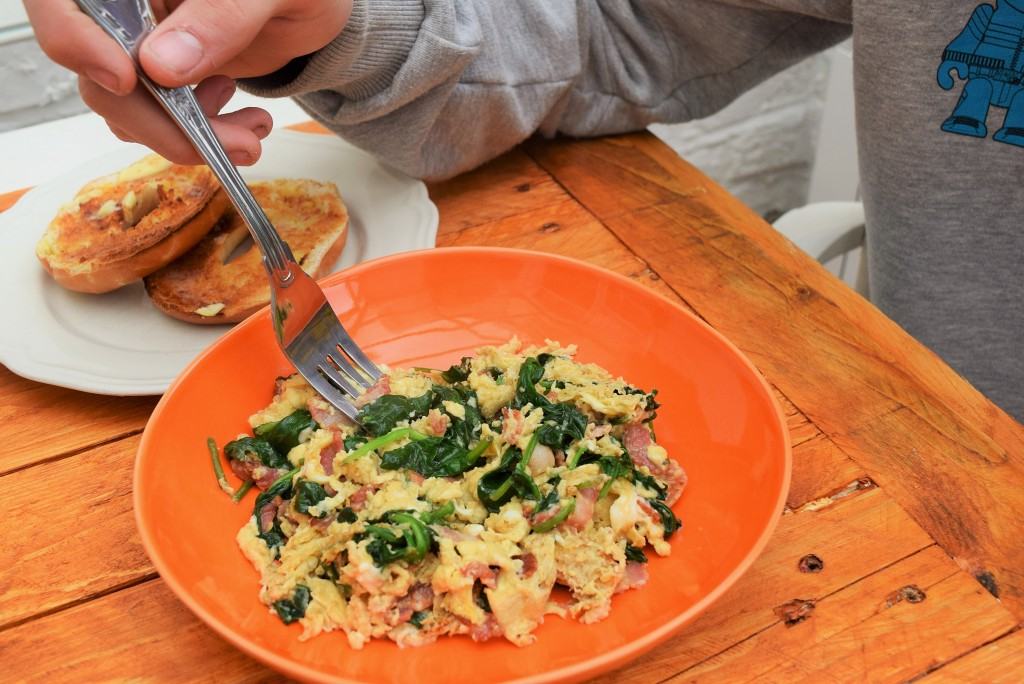 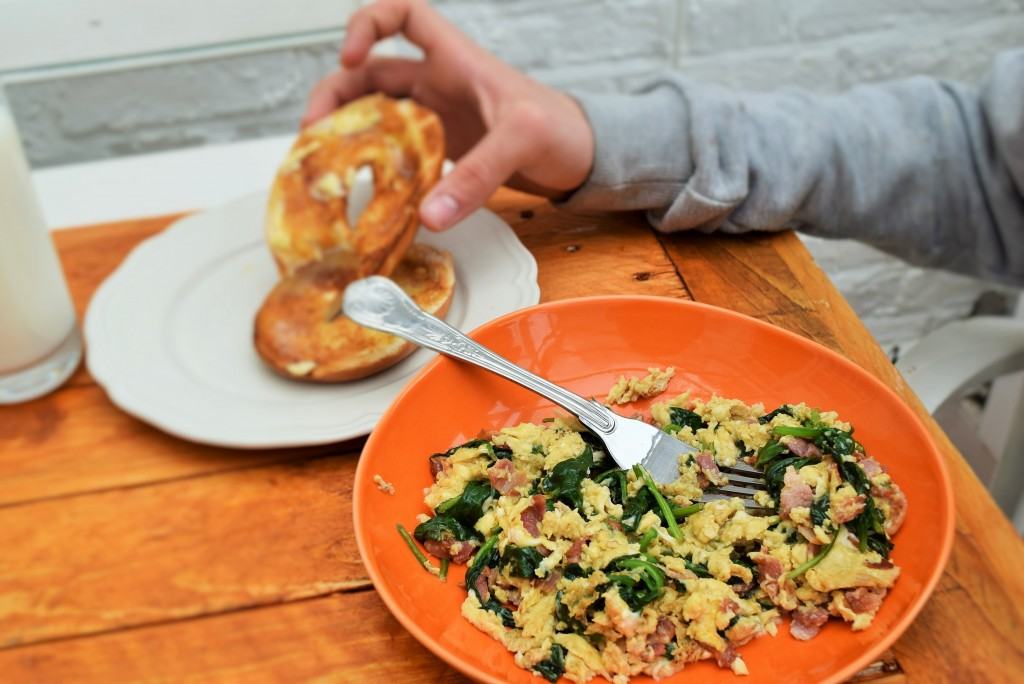 I did try to get Ben to cook this so I could photograph him, showing how simple it is, but he was too busy revising. As you can see, he wasn’t too busy to eat it. I hope you enjoy this quick and nutritious recipe, regardless of whether you have your GCSE’s coming up. But if you are in the thick of exams, I am sending lots of love and positive thoughts to you all.

You will need a frying pan

A tablespoon of olive oil

Ground black pepper to season and salt if needed

Toasted bagels, buttered toast or carb of your choice to serve

Take the bacon rashers and snip into small pieces, or chop them with a sharp knife. Heat up a tablespoon of olive oil in a medium sized frying pan and add the bacon and cook until crisping and staring to brown. Add the two handfuls of spinach, season with pepper and salt if needed, and stir into the bacon and delicious bacon juices, until just wilting. Crack the eggs into a jug or cup and lightly beat, then pour these onto the bacon and spinach. Cook for a minute or two, until just set or cooked to your liking. Check for seasoning and serve immediately with copious amounts of buttered toast, bagels or crumpets. 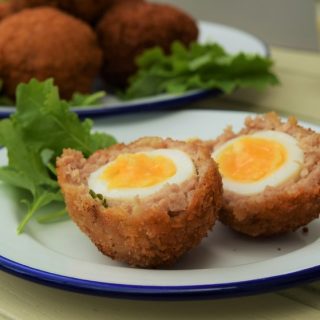 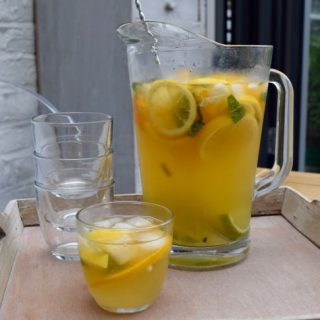 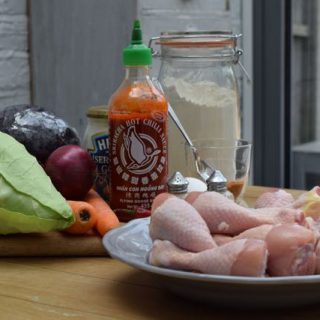 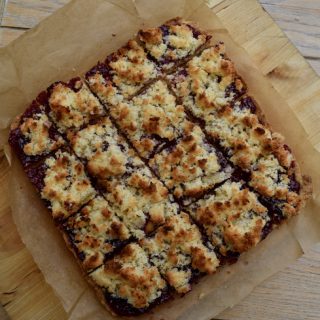