When I was a child, after every meal we would ask ‘what’s for pudding?’ and after every meal my Mother would say the same thing – ‘fruit or yoghurt’. And in those days, when my boys say the world was in black and white, there were only three bloody flavours of yoghurt to choose from. Just for the record, Ski Black Cherry was my favourite of the three. We very rarely had another pudding to choose from unless it was Sunday. On Sunday’s we would have a proper pudding. Rice pudding, crumble, apple pie, no mention of fruit or yoghurt on a Sunday.

History, as it turns out, is repeating itself, as my boys regularly ask the same pudding based question. And I am afraid, I hand out the same answer of fruit or yoghurt. Although, now there are hundreds of flavours of yoghurt to choose from. Black cherry hardly features amongst the tiramisu or lemon meringue pie varieties. So to carry on the proper pudding Sundays, I started making this brilliant Quick Syrup Sponge Pudding. If you have been caught with nothing to offer at the end of a lovely meal, this is a great standby pud and frankly quite the dessert life saver. If desserts could save lives, which I truly think they can. This is a soft sponge, soaked with golden syrup crying out to be served with cream, custard or ice cream. And it’s ready in 5 minutes, tops, thanks to your faithful microwave. I love my microwave, regardless of its sometimes not great reputation. It is mainly used in our house to melt butter, re-heat suppers after football training, and to make this brilliant sponge pudding. And why wouldn’t you, steamed pud in 5 minutes, yes please.

So, to avoid the disappointment of a fruit or yoghurt based weekend dessert, whip this Syrup Sponge Pudding up in a matter of moments and try not to eat it all yourself before the family get a look in.

Here’s the simple, speedy line up for your sponge pudding. All store cupboards standby’s and look what I have treated myself to – new Stork with butter. No, this was not gifted to me by Unilever trying to buy Lucy Love’s affections, it was bought with my hard earned money, even though it was on special offer. I do think it tasted perfect in this pudding, although I am not sure I would use it for icing, as they suggest. 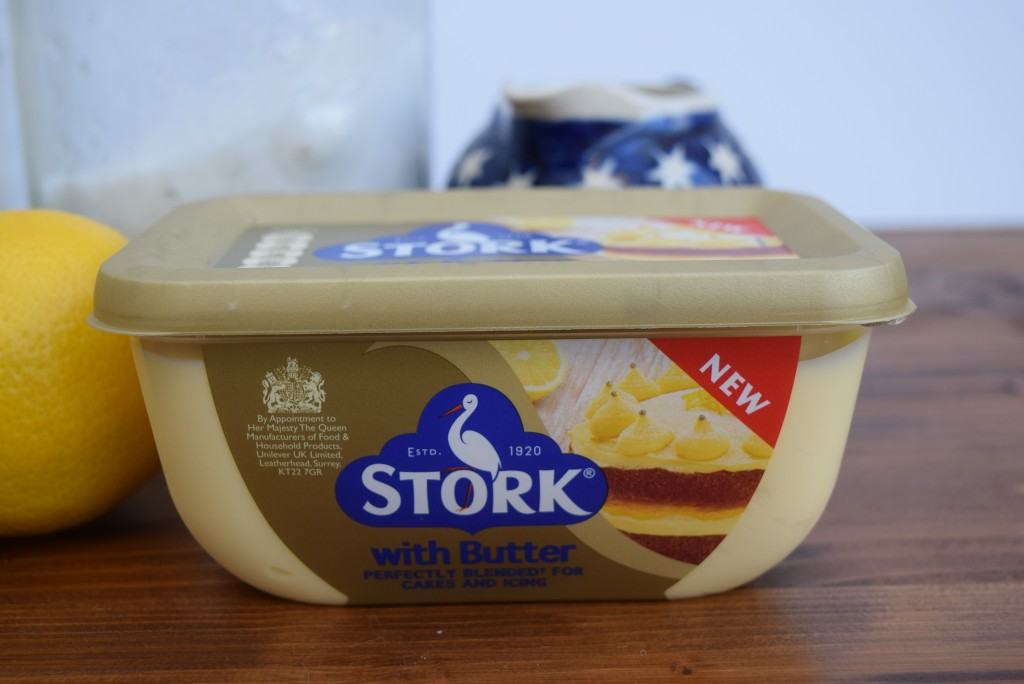 Anyhoo, rambling aside, make a start with your pudding by using some Stork or softened butter to butter your pudding basin. Then in a good sized mixing bowl weigh in the Stork or butter and the caster sugar. Beat them together until they are lighter in both colour and texture. 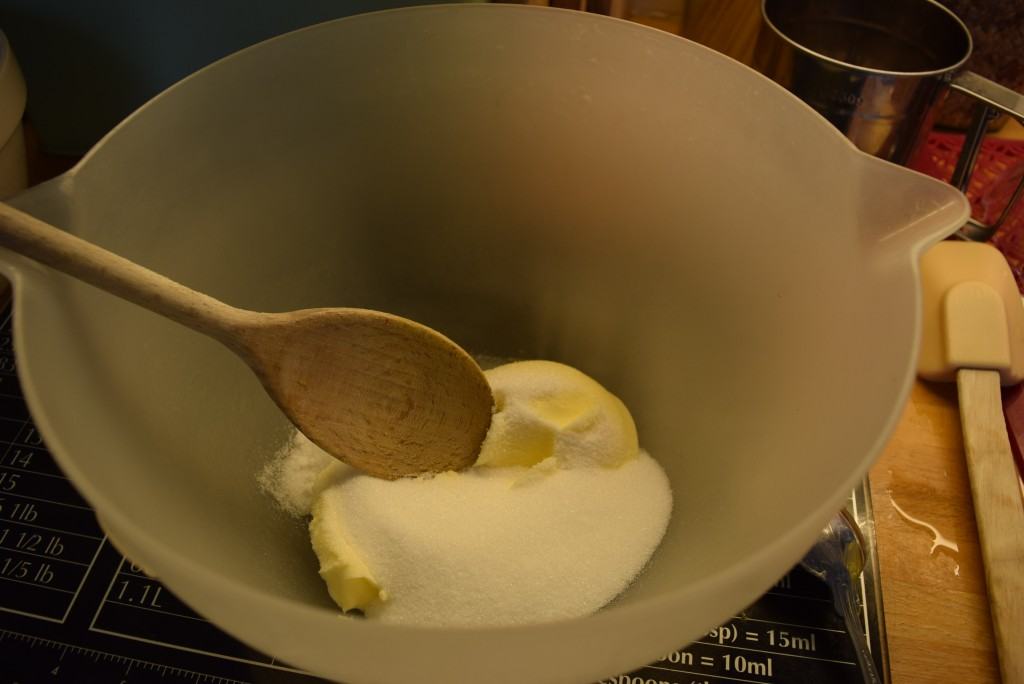 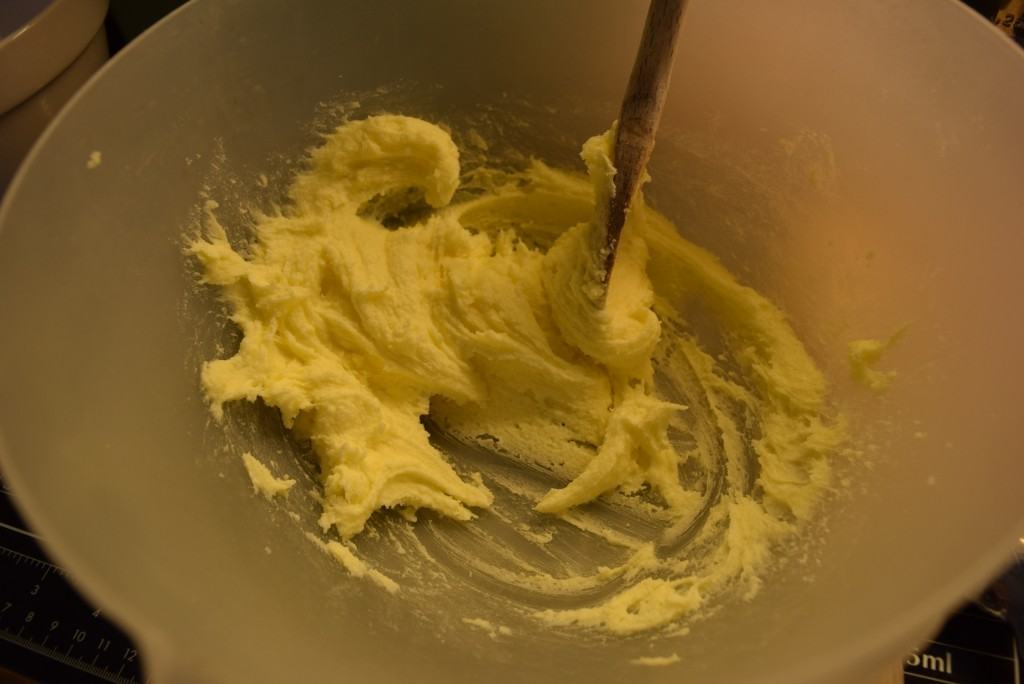 Fold in the zest of half a lemon then beat in the eggs, one at a time, mixing well. If the mixture looks like it may curdle, add a spoonful of flour. 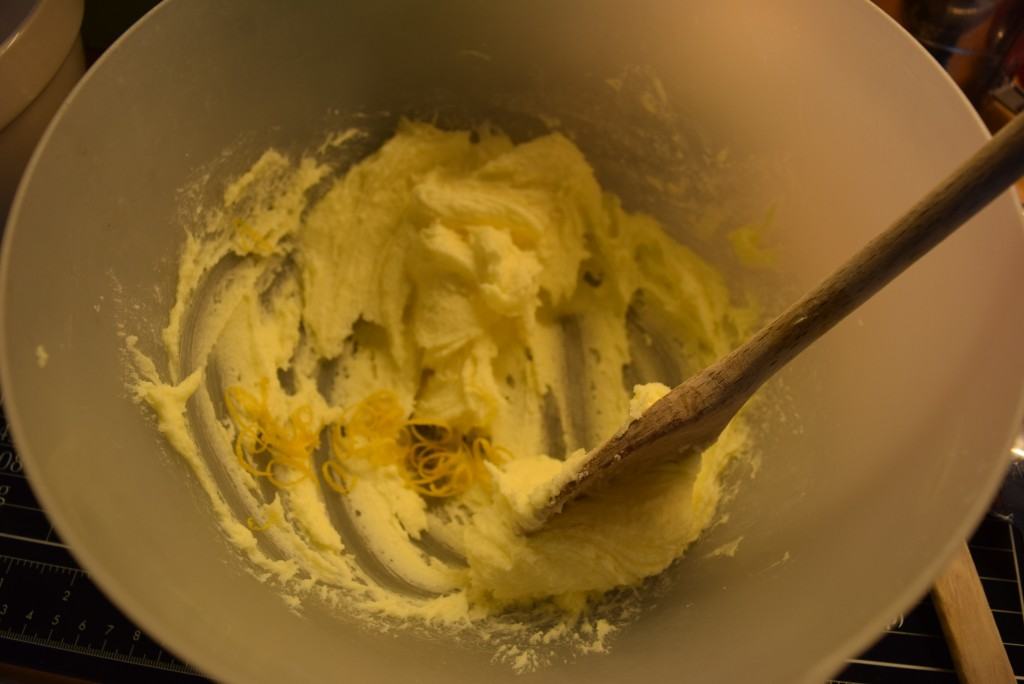 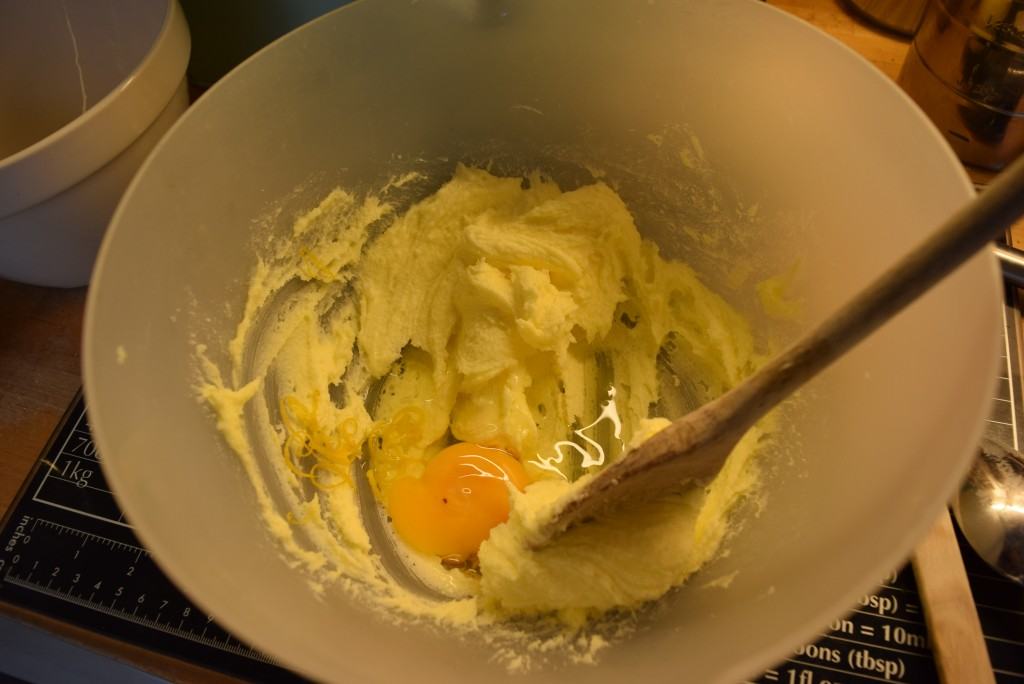 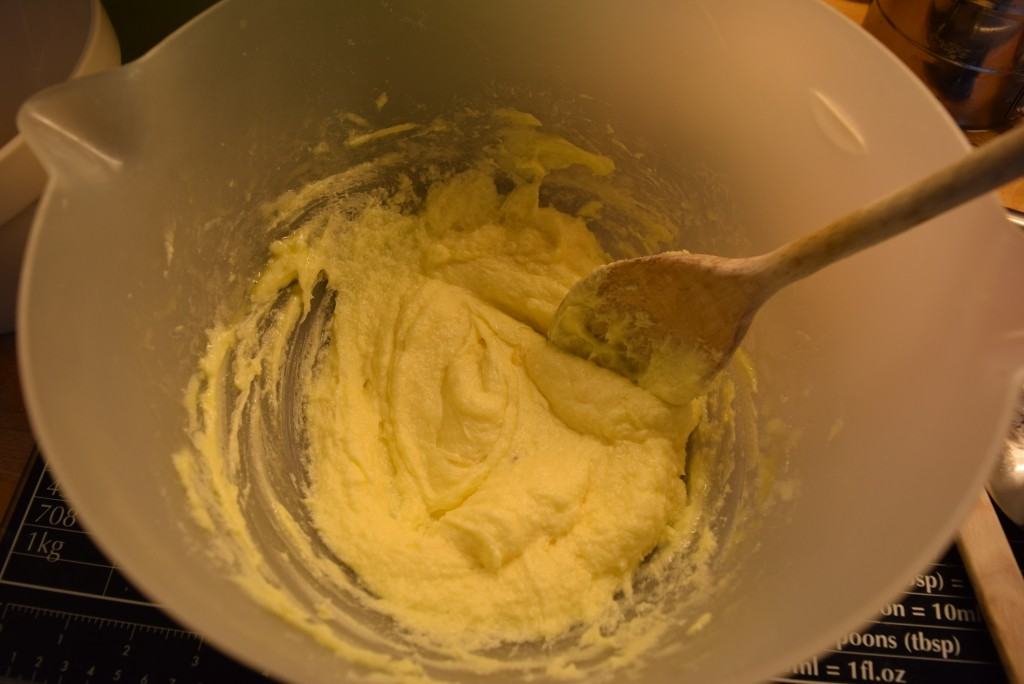 Weigh out the flour, baking powder and pinch of salt then fold this into the eggy mixture. You should have a lovely, smooth, tasty batter. 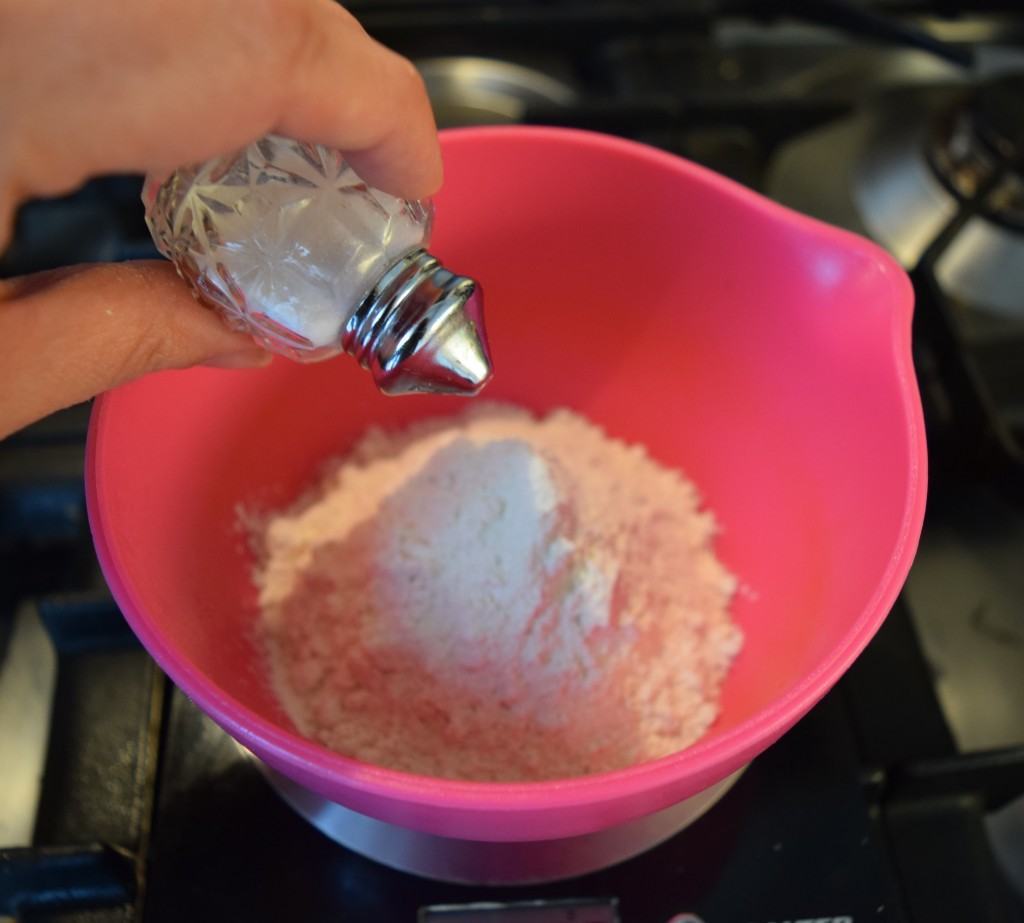 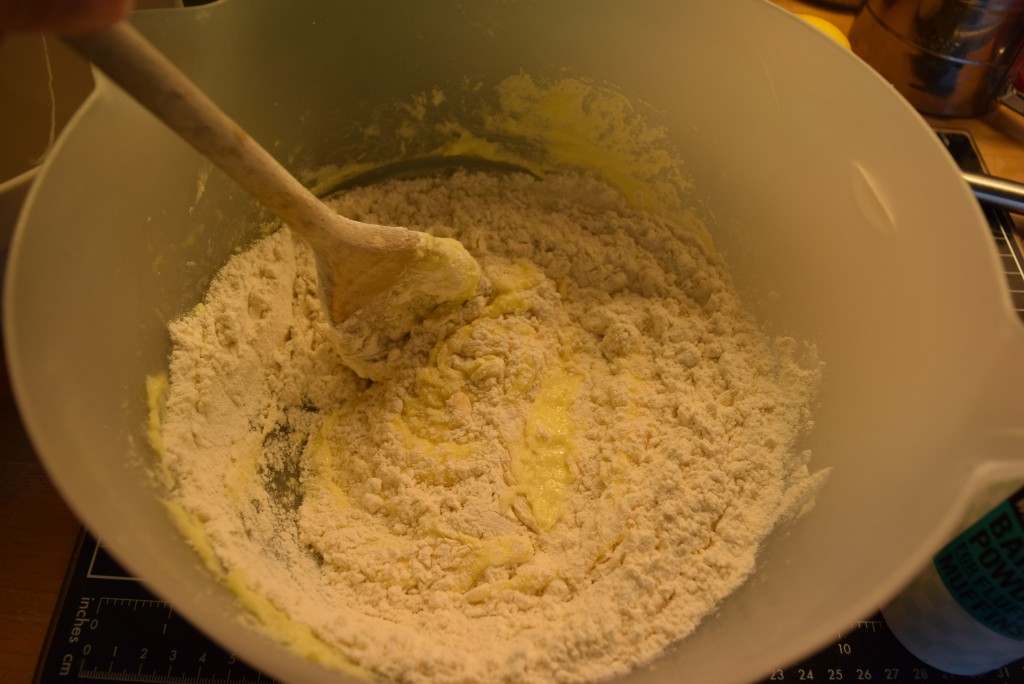 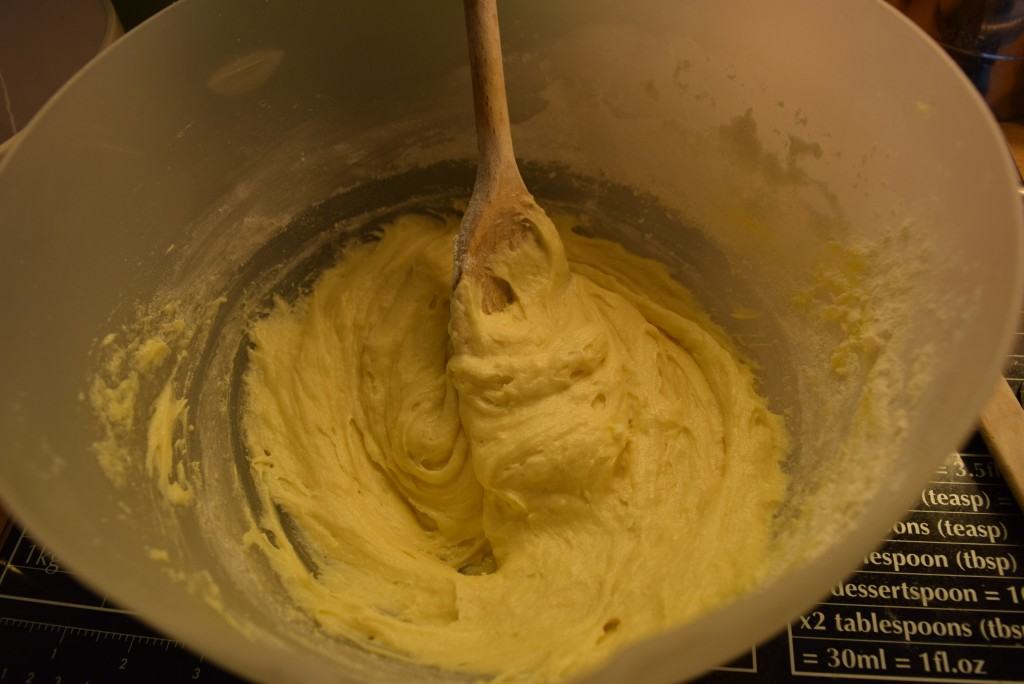 To loosen the batter off a little, add two tablespoons of milk then your sponge mix is ready. Yum. 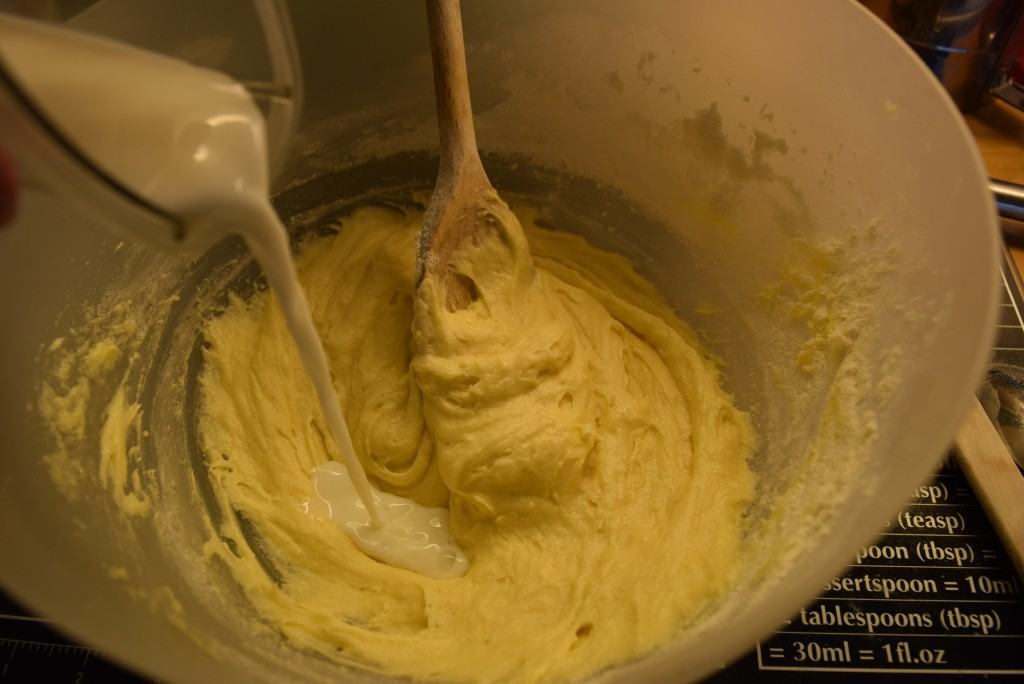 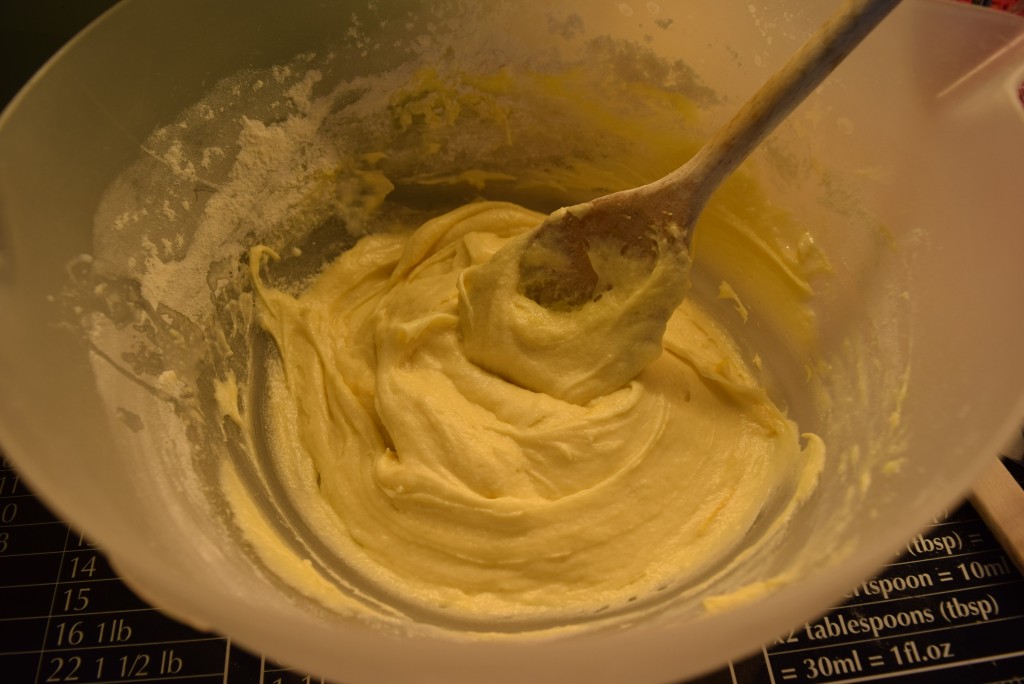 In your buttered pudding basin pop in the other half of the lemon zest then by contrast, spoon in the sweet, glossy golden syrup. Top the syrup with the sponge mixture then level off the top of the batter. 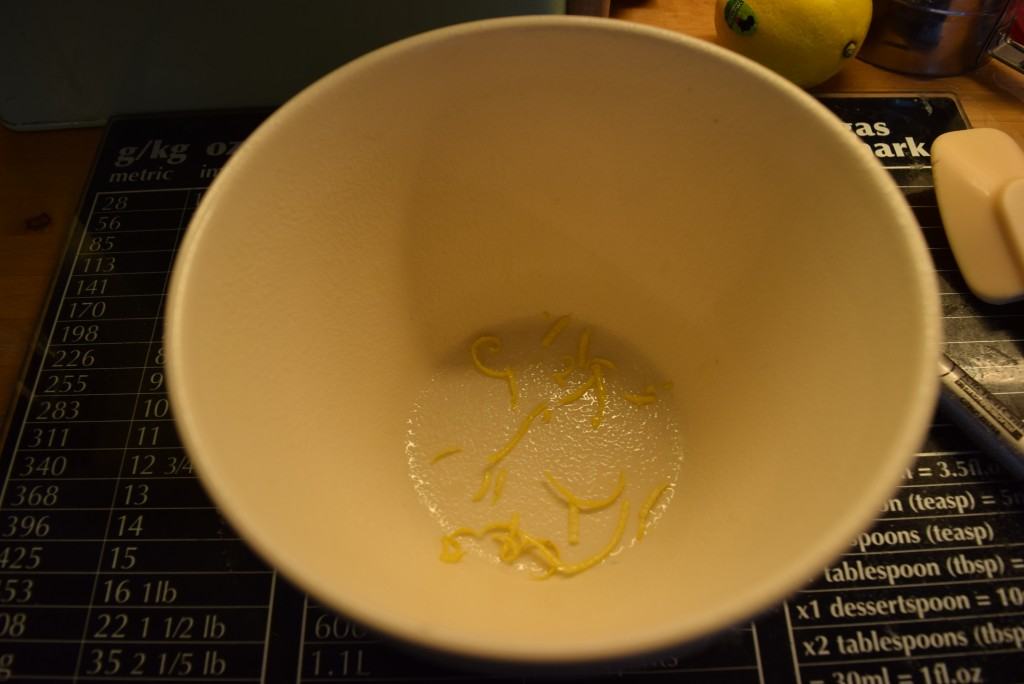 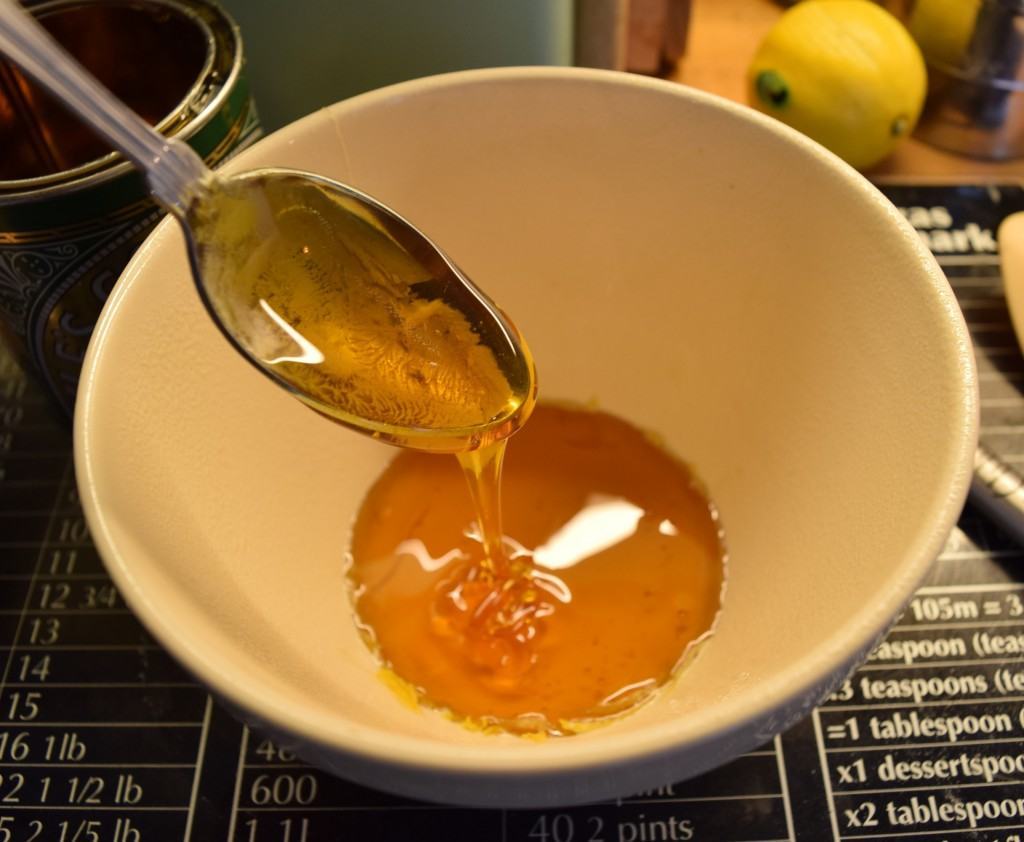 Drooling, so bad for you, but so good to eat. 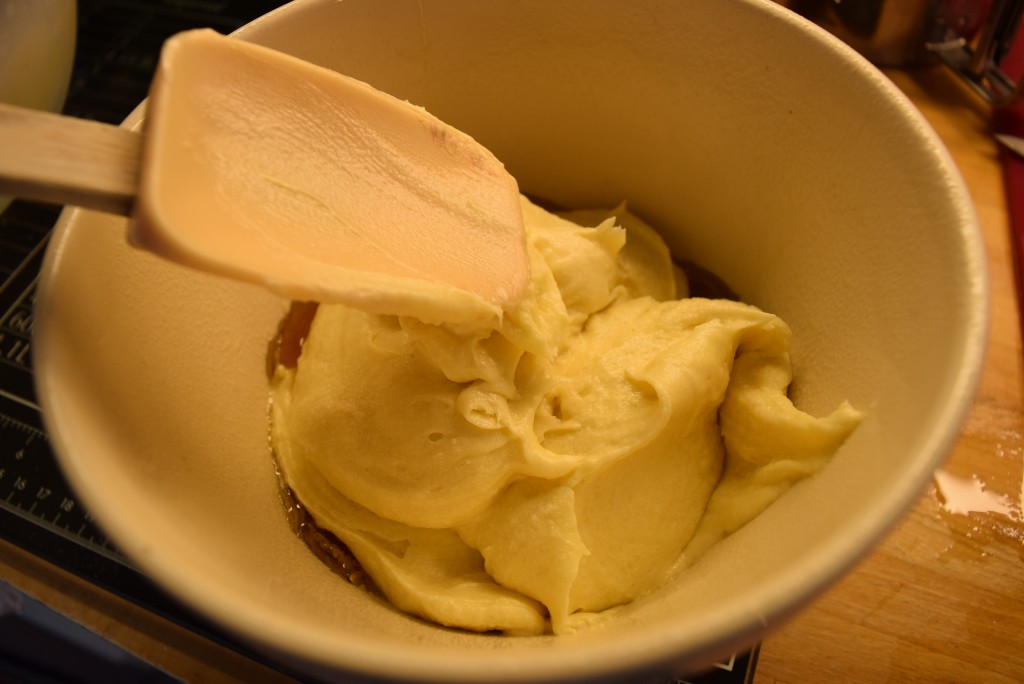 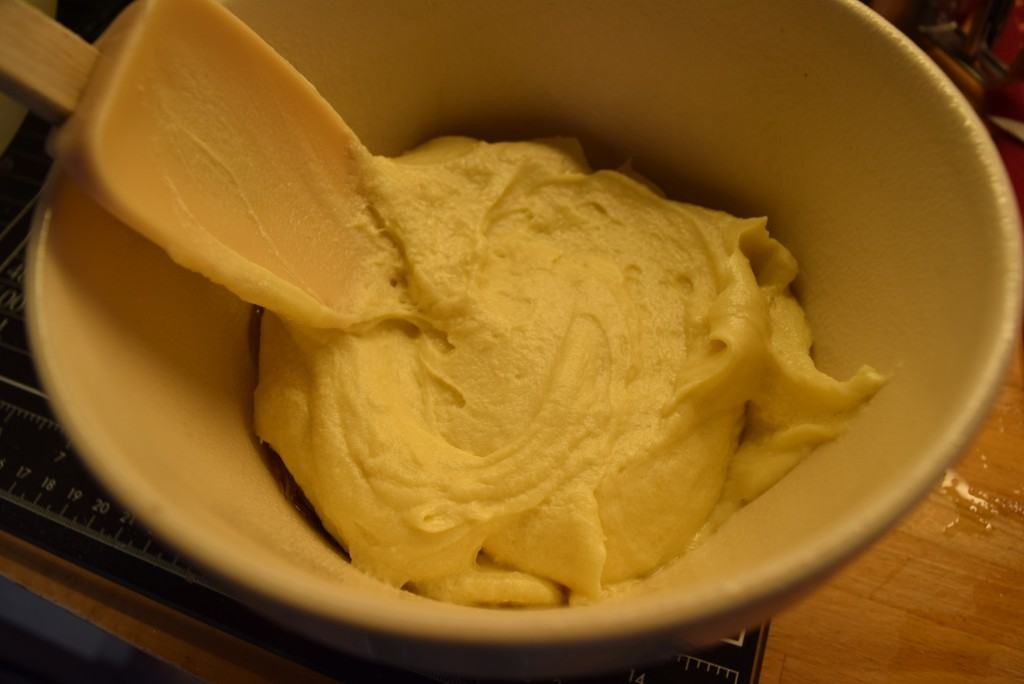 Cover your basin with cling film, make a tiny hole in the top, them pop this into the microwave for 4 to 5 minutes. 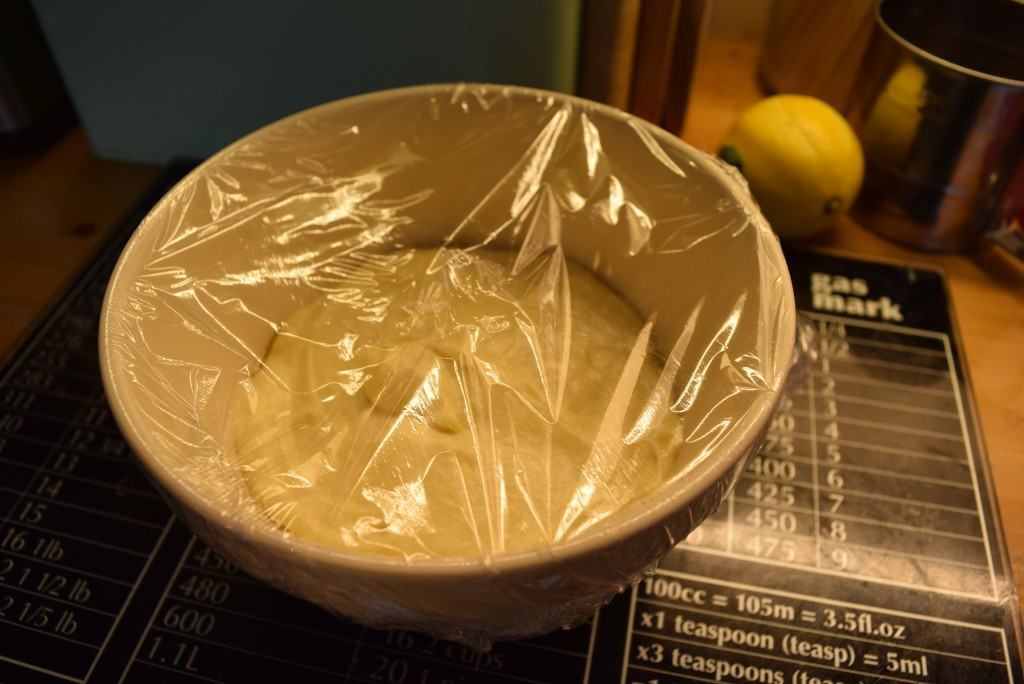 This golden, sweet pud is ready when the sponge is springy to touch and is pulling away from the sides of the bowl. 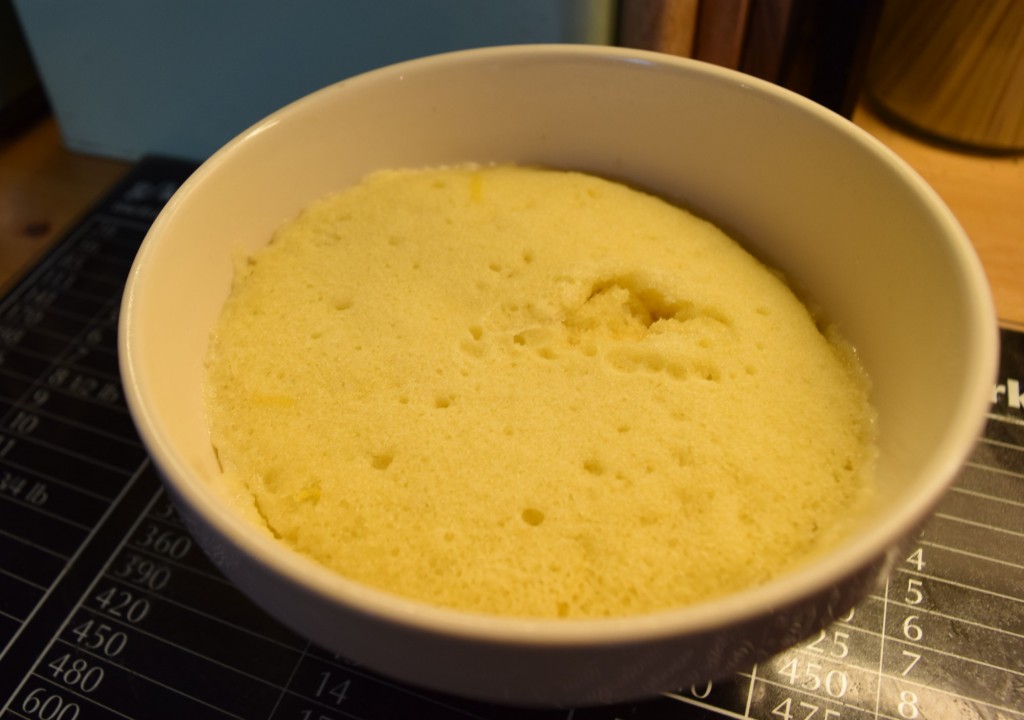 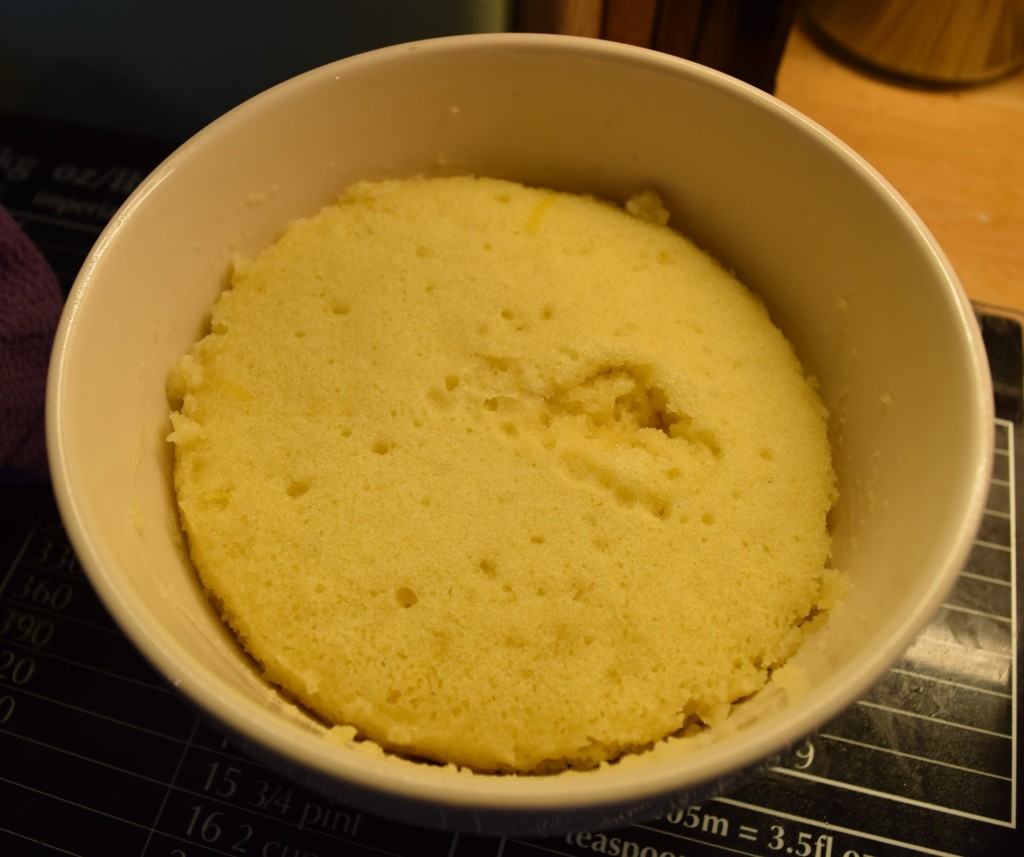 If you can bear, and do try, leave the sponge to sit for a couple of minutes before running a knife round the edge of the sponge and turning it out onto a plate or bowl before serving in large dollops with cream, custard or ice cream. Or straight from the bowl with a spoon. 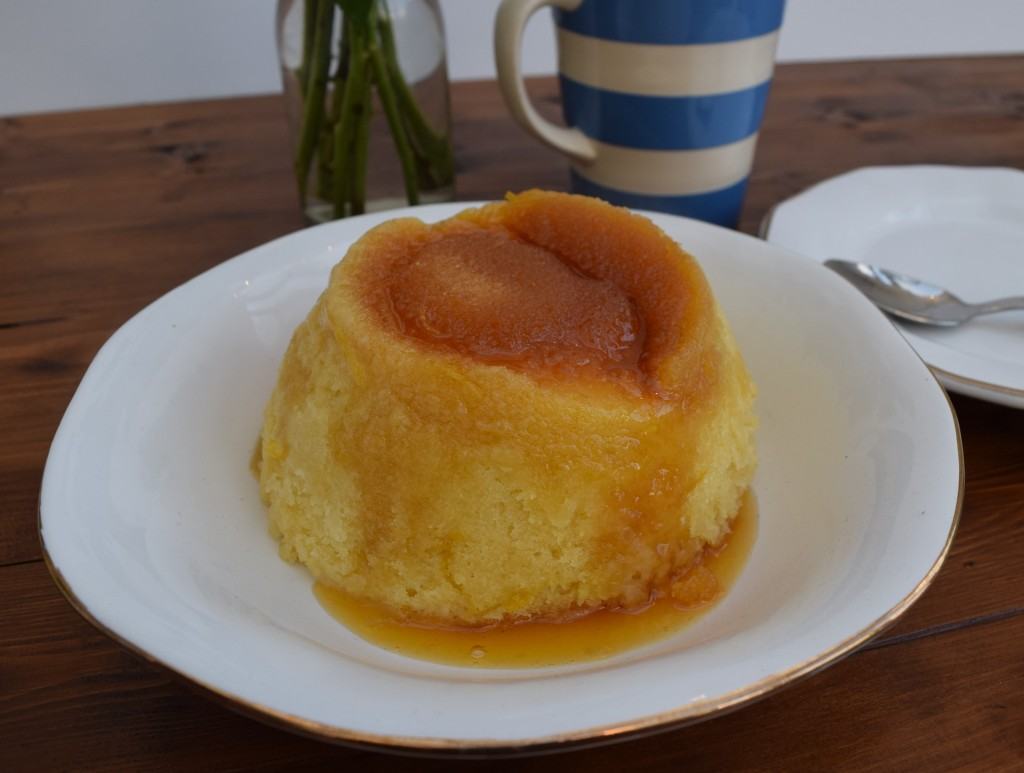 If you are not a syrup fan *are you insane* do try this with any jam, poached apples or plums with a pinch of cinnamon or even a chocolate version with a chocolate custard, school dinners style. 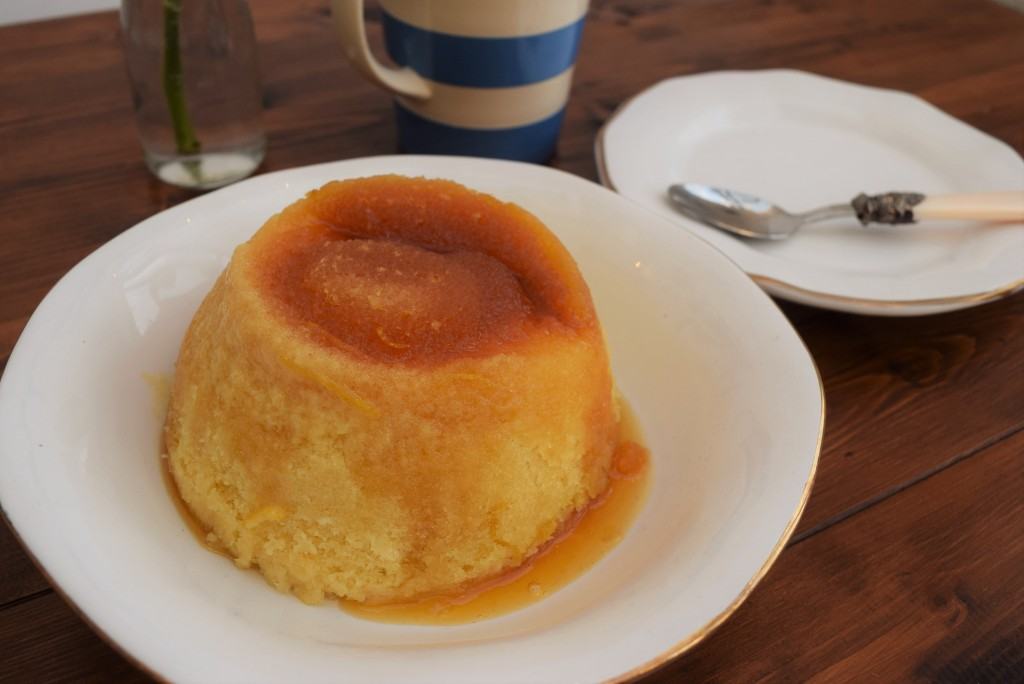 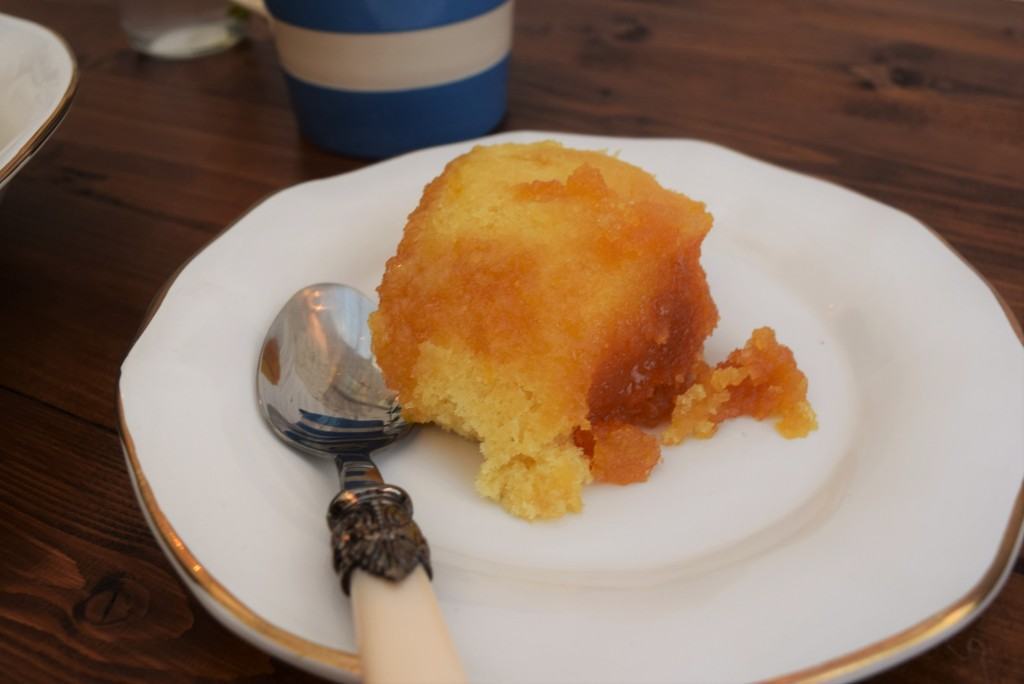 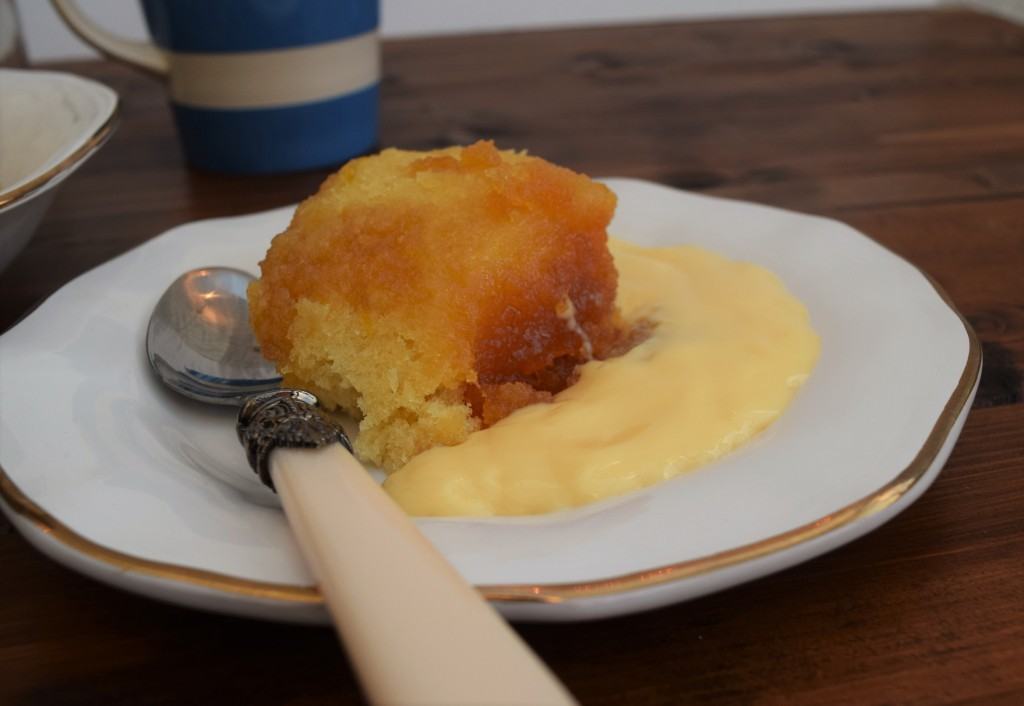 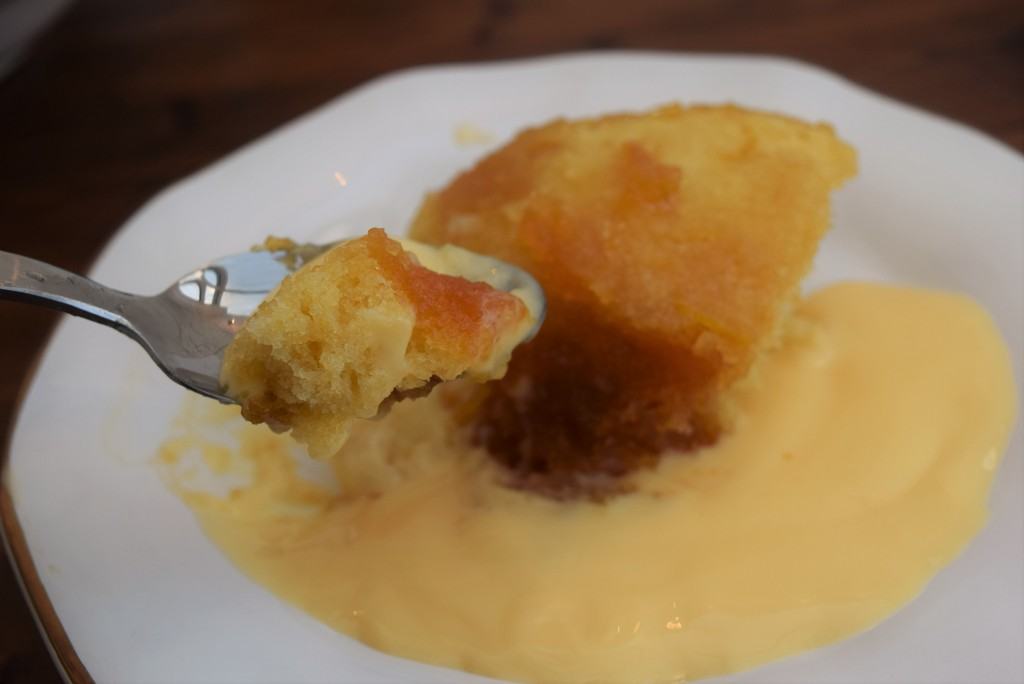 This is such a fab dessert when time-wise you are balls to the wall and a sweet, soothing pudding is called for. Your diners will be so impressed with such a perfect dish, served at such short notice. It’s no Ski black cherry yoghurt, but it will certainly run a close second.

You will need a 1.2 litre pudding basin, a mixing bowl and wooden spoon

125g Stork or soft butter, plus a little more to butter your pudding basin

Take your pudding basin and butter with a little soft Stork or butter. In a good sized mixing bowl measure out your Stork or soft butter and caster sugar. Beat well with a wooden spoon or hand mixer until the mixture is lighter in colour and texture. Fold in the zest of half a lemon then mix in the eggs, one at a time, beating well. Weigh out the flour and the baking powder and a pinch of salt then fold this into the egg mixture. To loosen the mixture, stir in two tablespoons of milk. Spoon 4 tablespoons of syrup into the bottom of the pudding basin, with the other half of the lemon zest, then top this with the sponge mixture. Cover the basin with cling film, make a little hole in the top, then microwave for 4 to 5 minutes. When the sponge is starting to pull away from the side of the bowl and is springy to the touch, it’s ready. Leave it to stand for a couple of minutes before serving in big bowlfuls with custard, cream or ice cream, or all three. 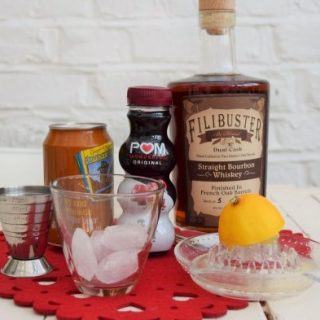 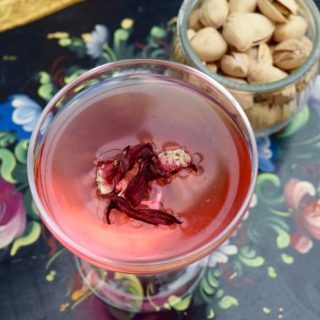 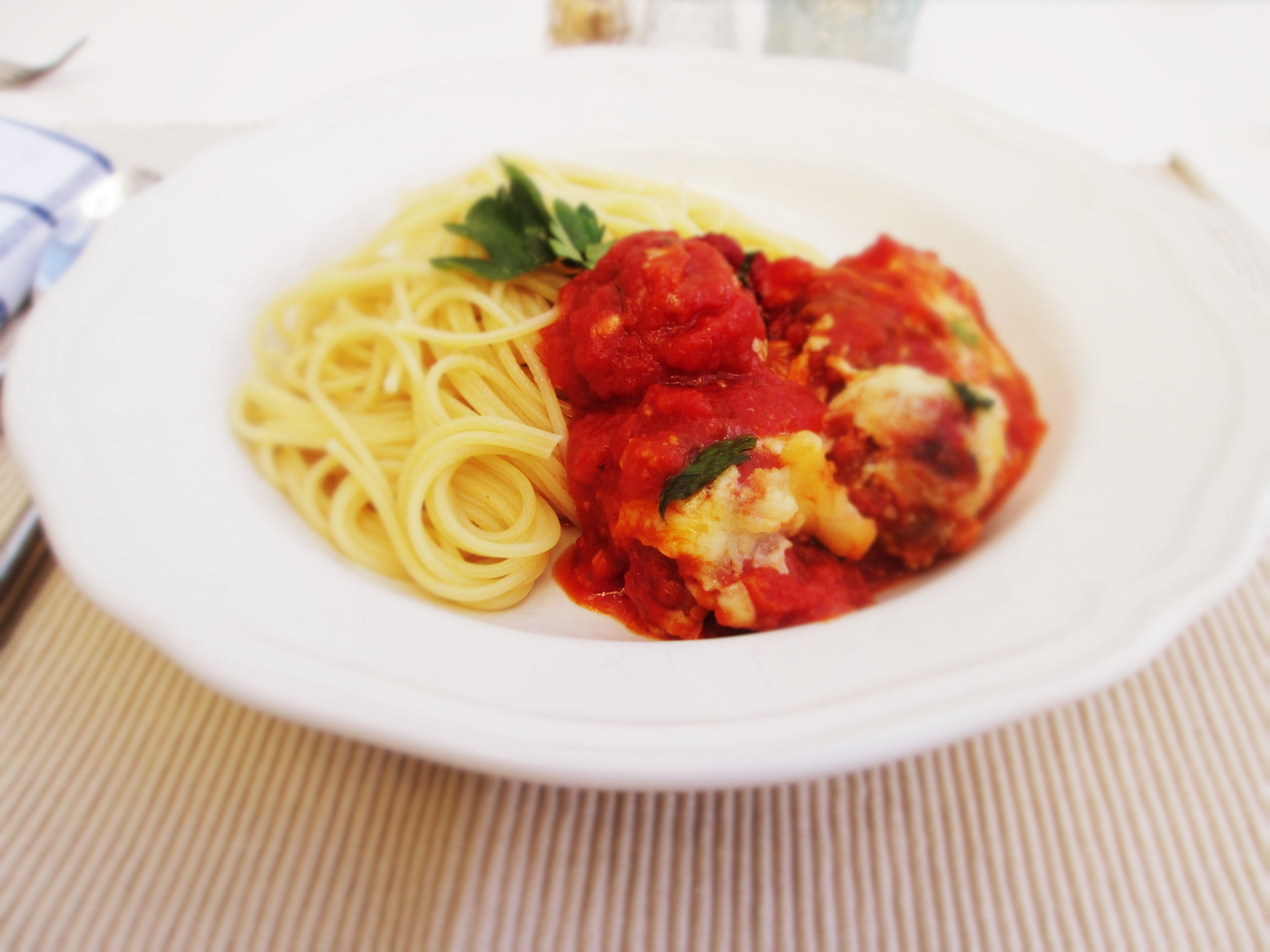 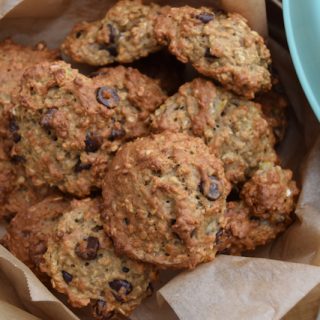