My repertoire of minced beef recipes has taken a right bashing throughout lockdown. We have had more than our fair share of always popular chilli’s, burgers and bolognese but I’m growing weary of cooking the same mince based dish week in week out. When I stumbled on this Cantonese Beef Rice Bowl recipe via Maggie Zhu I jumped at the chance of going off piste with my weekly package of minced beef.

This recipe is quick, simple but ever so tasty. The mince is browned, without stirring, then simmered in a mixture of oyster sauce, sherry or Shaoxing wine and soy. It’s super savoury but then sweetened up with a handful of peas. The crowning glory is a fried egg, always a popular addition in our house. I fried mine til crisp in sesame oil and it was perfect. The rice was brown basmati; a whiff of health in a house full of white rice fans. Clyde professed this to be the most tasty dish he’d eaten in ages, however, he would eat a rat if it had a fried egg on it, but I took the compliment.

This is a brilliant family supper; store cupboard based and quick. The fact I had to pick the peas out of George’s portion and stop Ben from slathering it in sriracha is by the by.

We always have minced beef in the freezer, it’s such a great staple and destined for greater heights than just another bolognese. Don’t be alarmed by the bottles, there’s just dark sweet and light soy with sesame oil and a bottle of sherry which went unopened at Christmas. Use Shaoxing wine instead if you have such a thing in your cupboards.

Start by putting your rice on to cook, especially if you’re using brown as it takes forever. Next, heat a large frying pan or wok with a tablespoon of oil; I used sesame as I love the flavour. Add the beef and spread out a little then leave it alone to brown and start to crisp.

Once the underside is browned, stir in the chopped onion and ginger, breaking up the meat, and cook for another 5 minutes until the onion has softened and just starting to colour.

While the meat’s cooking, take a large jug and whisk together the chicken stock, oyster sauce, sherry/Shaoxing and both soy sauces. Once the onions have softened, pour in the sauce and stir well. Bring up to the simmer and put a lid on and cook for 10 minutes.

Whisk together the tablespoon of cornflour with 2 tablespoons of water until smooth. Add the peas to the beef then stir in the cornflour mixture and bring up to the simmer and cook for another couple of minutes. The sauce will thicken slightly.

Turn off the heat and put the lid back on while you fry eggs. I fried mine in sesame oil. Fry until super crispy around the edges but still yolky in the middle.

And that’s it. Spoon the Cantonese Beef over your rice and top with the crisp fried egg. Sprinkle with sesame seeds if you like.

Feel free to sue me under the Trades Descriptions Act for calling this recipe Cantonese Beef Rice Bowl then serving it on a plate. I love to fly in the face of tradition/just wanted to use this plate.

1 tablespoon oil, sesame is nice for this

2 teaspoons ginger, fresh, or from a jar

Serve with plenty of rice and sesame seeds, to garnish

Put your rice on to cook, especially if it’s brown, as that takes at least 30 minutes to cook. Drain, and keep warm.

Heat a large frying pan or wok over a high heat with a tablespoon of sesame oil. Add the mince, press into the pan then leave, undisturbed to brown. Turn the heat down slightly and add the chopped onion and ginger and stir in, breaking up the meat and ensuring it’s well browned. Cook for around 5 minutes or until the onion is soft and just golden.

For the sauce, take a jug and measure in the stock, oyster sauce, sherry or Shaoxing and both soys. Whisk to combine then pour into the beef. Stir well, bring up to the simmer, turn down, then put a lid on and cook for 10 minutes.

Mix the cornflour and water until smooth. Take the lid off the pan, tip in the peas, stir, then add the cornflour mix and bring up to the simmer to thicken slightly. Cook for another couple of minutes until the peas are cooked and it’s all piping hot. Pop the lid back on and turn the heat off while you fry your eggs.

Serve with plenty of rice, topped with a fried egg and scattered with sesame seeds. 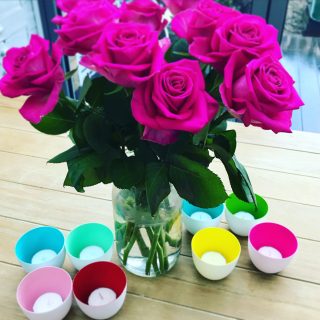 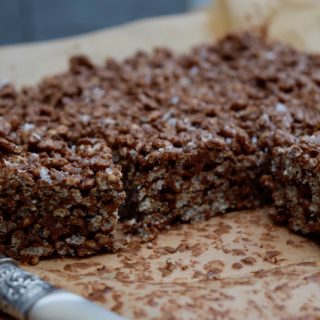 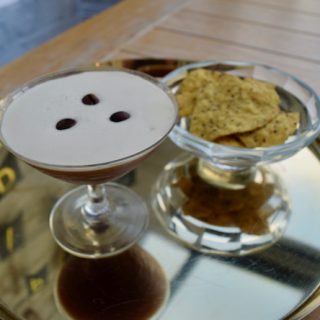