Making bread takes a bit of time and effort, but sometimes I’m in the mood for the effort. And sometimes I’m not. This No Knead Focaccia definitely takes time, but it’s almost effortless. The results, however, are mouth watering and dare I say, having made this about 10 times, fool proof.

All you need for this recipe is time and a large bowl. And of course flour, salt, yeast, oil and water. The dough is brought together in your bowl then left to rest for half an hour. You then have to fold the dough in on itself, while still in the bowl, working from the outside, into the centre whilst turning the bowl. Don’t panic, this isn’t as difficult as patting your head whilst rubbing your tummy. It’s really rather simple, just use a spatula to fold the dough into the middle whilst turning the bowl. Do the folding thingy two more times, with a 30 minute rest inbetween and that’s it. A night, or 6 hours, in the fridge, and your Focaccia dough’s almost ready. You can top yours with herbs, caramelised onions, chilli or just with sea salt and olive oil. This recipe is courtesy of my lovely friend William, and he’s an amazing chef, so you know this is a good one.

This Focaccia can take centre stage this long weekend. Serve it with pretty much anything and it will undoubtedly be the bread based star of the show.

Something so good from such simple beginnings. I did have some rosemary to top my focaccia with but I lost it in the fridge somewhere *it so needs a good tidy* so I just went for a simple oil and sea salt topping.

As I mentioned, time is what you need for this lovely bread so a bit of advance planning is good. Start the day before the Focaccia’s on the menu. Take a large bowl and measure in the flour, salt, sugar and yeast.

Next, mix the warm water and olive oil then pour into the flour mixture.

Bring this together with a spatula into a soft dough in the bowl.

Cover the bowl with a tea towel and leave in a warm place to rest for 30 minutes. It will have risen a little at this point.

Now it’s time to fold the dough. Using a spatula, bring the dough in on itself from the edges into the middle. Turn the bowl as you go. It’s much harder to explain in words *especially when you’re tired and it’s 10.30pm*.

Once you’ve turned the bowl and folded in the whole dough, re-cover with a tea towel and leave to rest for another 30 minutes.

Then repeat the folding.

Rest again for 30 minutes before folding for a third and final time. By which time your dough should look a bit like this.

Drizzle a little olive oil around the dough to stop it sticking then cover and put into the fridge for at least 6 hours, or overnight for a lovely full flavour and if time’s on your side.

When you’re ready to cook your Focaccia, take it out of the fridge and pour some oil into your baking tin. Your dough will be puffy and bubbly and airy.

Scrape the dough into your oiled tin and gently press into the edges, being careful not to knock out too much air. Don’t worry if it doesn’t stretch to fit, it will spread out during the final prove.

Cover with cling film and leave for a final hour. When the time’s up, uncover the dough and pre heat your oven to 200 degrees fan assisted.

Press your fingers gently into the dough to create the traditional dimples, then press in any toppings you’re using or just drizzle with some more olive oil and sprinkle generously with flaky sea salt.

Place the bread into the hot oven and cook for around 15 minutes or until it’s golden, well risen and smelling absolutely amazing.

Leave to cool for as long as you can bear then serve drizzled with some more olive oil. Serve this with a myriad of meals or accompaniments, or, like me, on it’s own in large pieces, inhaled whilst still really too hot to eat.

This no knead Focaccia is really rather addictive. I can’t promise that once you’ve made it once, you won’t be able to stop yourself making it again and again. To Hell with No Carbs before Marbs, not that we can get anywhere near Marbs at the mo.

1 teaspoon dried yeast, the kind you add to flour not to liquid

2 tablespoons olive oil, plus more for drizzling and for the tin and bowl

Plenty of flaky sea salt, chopped herbs, sauteed onions, chopped chillis to top, you can choose, and with olive oil and balsamic vinegar for dipping

Take a large bowl and measure in the flour, salt, sugar and dried yeast. Give everything a little mix. Mix the olive oil and warm water and pour into the flour mixture. Give the whole lot a good mix and bring it together into a soft dough. Cover the bowl with a tea towel and leave to rest for 30 minutes.

When the 30 minutes is up, use a spatula to fold the dough into the middle, turning the bowl as you do. The action is to bring the dough into the centre from the edges in a circular motion. Re-cover the bowl and leave to rest for another 30 minutes. Repeat the circular thing again, re-cover and rest for another 30 minutes, then repeat for a third and final time. Drizzle a little oil around the dough to stop it sticking then cover the bowl in cling film and either leave in the fridge for 6 hours or overnight.

When you’re ready, take the dough out of the fridge. Take your baking tray and drizzle with oil. Turn the dough out into the tin and gently press into edges. Don’t worry if it doesn’t fit completely, it will spread. Leave the dough in a warm place, covered with cling, for a final rise for an hour.

Pre heat the oven to 200 degrees fan assisted. Press your fingers into the dough making dimples and poke in any herbs or toppings you’re using then give it a final drizzle of oil and a generous sprinkle of sea salt. Bake for around 15 minutes or until golden, toasty and well risen.

One final drizzle of oil then you can devour your Focaccia in warm squares dipped in oil and balsamic vinegar, if you like, or as a lovely side to any dish. This bread is best enjoyed on the day, but can be perked up in the oven for the next day or two. 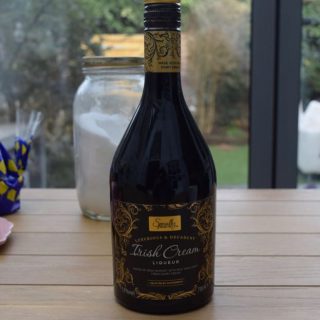 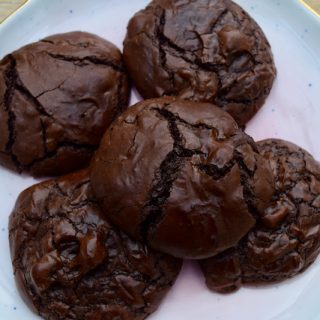 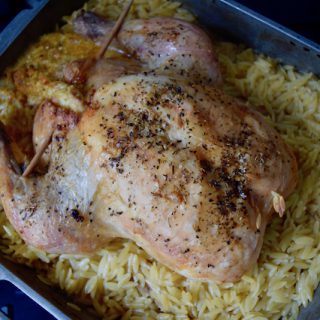 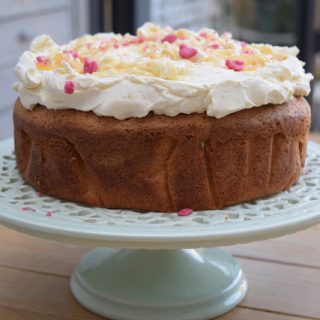