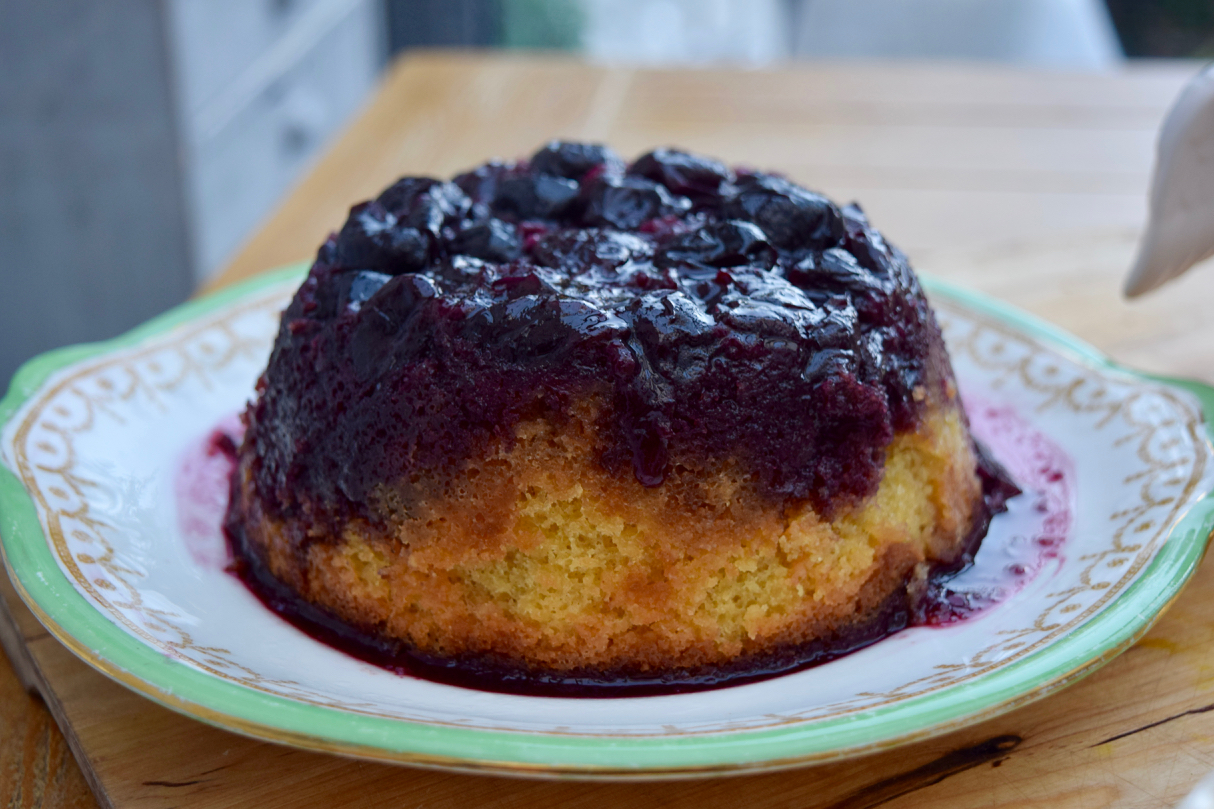 There’s something both comforting and delicious about a hot pudding. A hot pudding is something made with love for the people you love. However, it shouldn’t be a pain in the arse to make and be a giant kerfuffle however much you love your family. Step up to the plate this Slow Cooker Cherry Almond Pudding, it’s an absolute beauty. Not only does it taste like a giant hot Bakewell tarty sponge, it is so bloody easy to make. Fire up your slow cooker, you will not be disappointed.

Cherry and almond are best friends, they’re one of my favourite flavour combinations. They work brilliantly in this pudding and you don’t need expensive out of season fresh cherries to make it. Frozen cherries are readily available, great value and make this recipe divine. The sponge is surprisingly light and flavoured with ground almonds and almond extract giving the pud the whole Bakewell thing. And the cherry on the top of this Cherry Almond Pudding is the effortless way it’s cooked. Your pudding is popped into your slow cooker, topped up with some boiling water and left to cook for less than 4 hours. The first time I made this, for a dinner party, I literally forgot about it. Only to discover, on turning it out, a soft sponge with sticky cherries which tasted totally amazing. It is with enormous thanks to the Happy Foodie for this recipe heads up, it’s my new favourite pudding.

It may not be freezing cold outside yet, but it can’t stay balmy forever. It’s time for hot pudding heaven and this Slow Cooker Cherry Almond Pudding is just that. 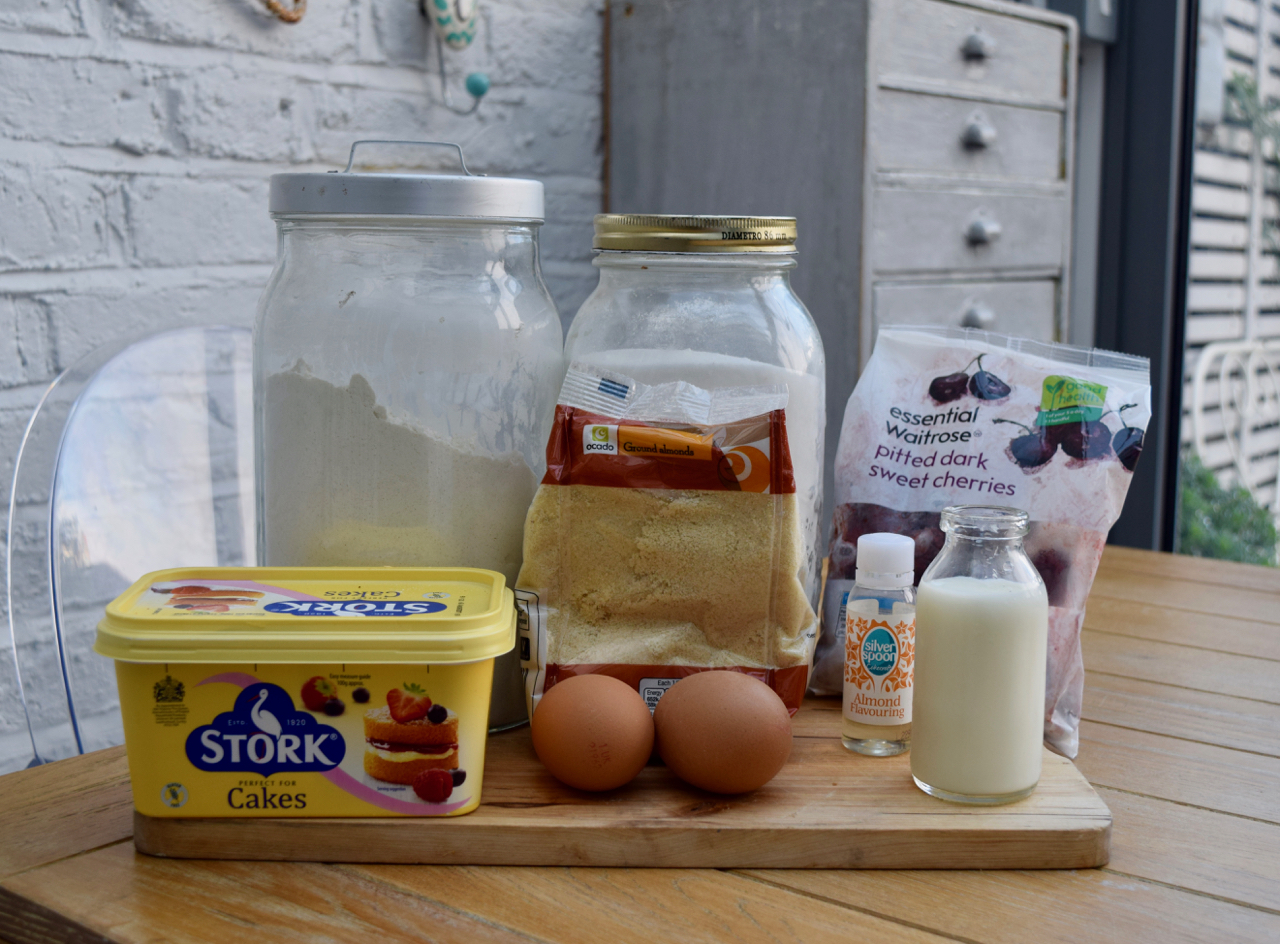 Here’s the line up for the pudding of your dreams. Yes, yes I am still using Stork despite their refusal to acknowledge me as their biggest advocate of all time *btw I haven’t even approached them, they are just meant to know how much I sing it’s praises*.

Make a start on this super pud by digging out your slow cooker and heavily buttering your 1.2 litre (2 pint) pudding basin. Next, take your frozen cherries and pop them into a small saucepan along with 3 tablespoons of caster sugar.

Bring up to the simmer over a low heat and let the cherries cook for a couple of minutes until the sugar has dissolved, but they still hold their shape.

Pop these to one side while you crack on with the effort free sponge. Either using a food processor or a large bowl with a wooden spoon, beat the soft butter or Stork with the 115g of caster sugar until lighter in colour and texture. 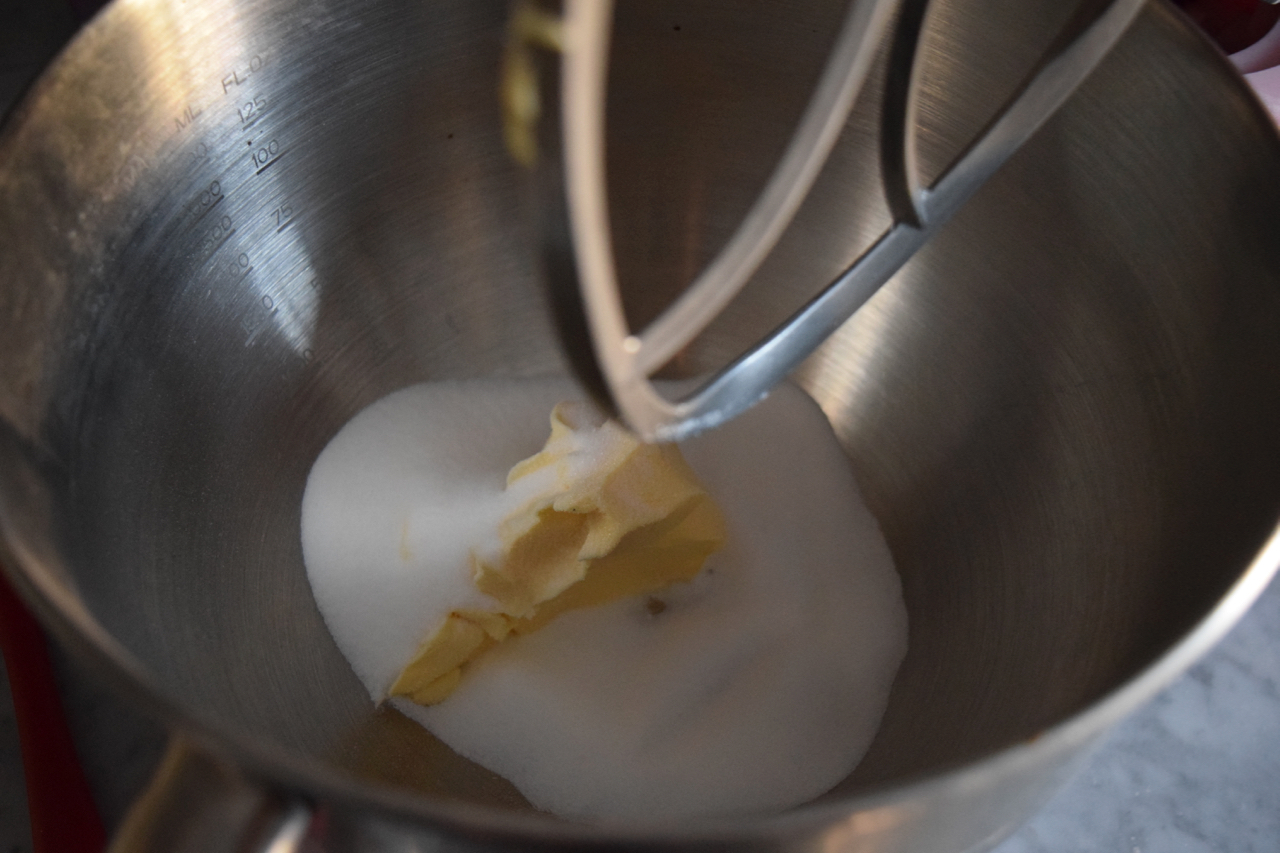 Add the eggs, it’s meant to be one at a time, I didn’t *slapped wrist*. Drop in the almond extract drops too. 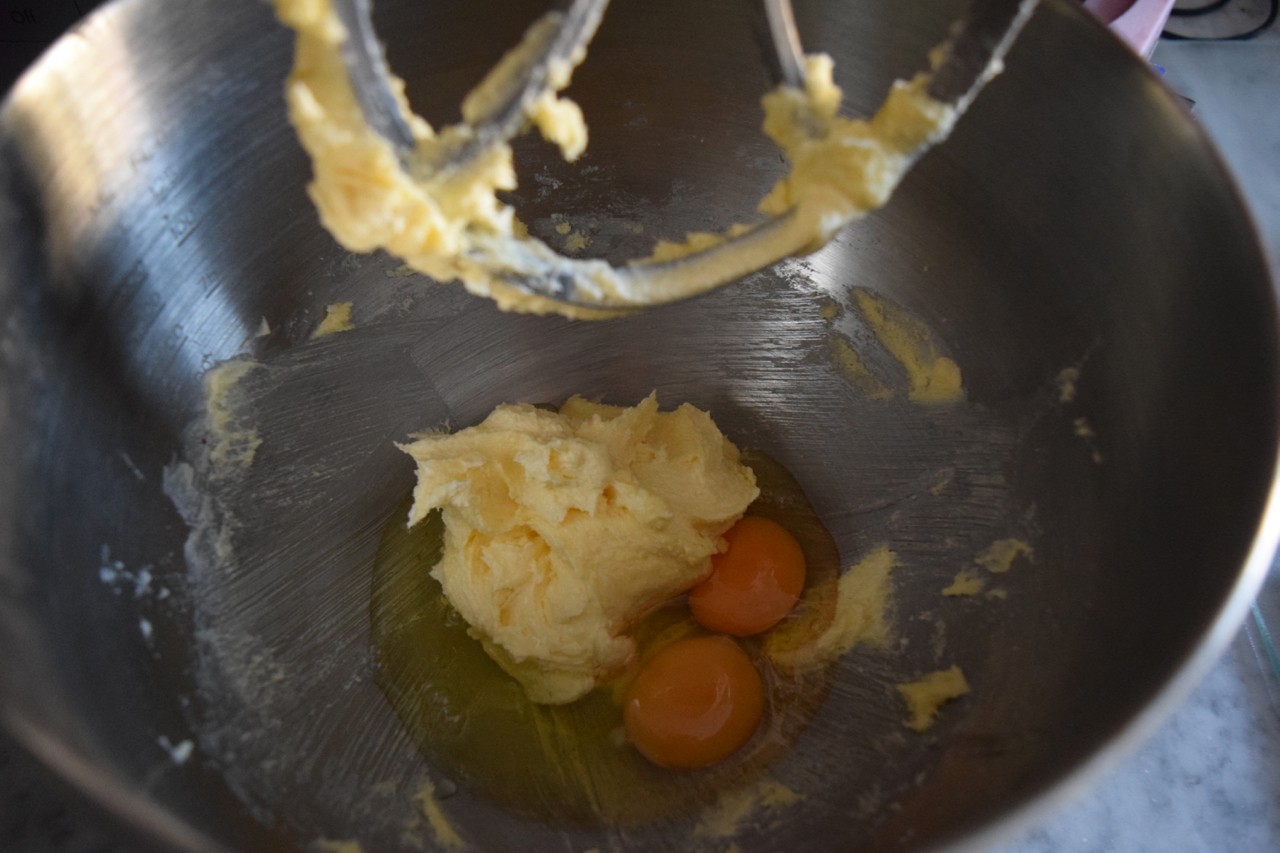 Don’t worry if it looks curdled, it doesn’t matter. 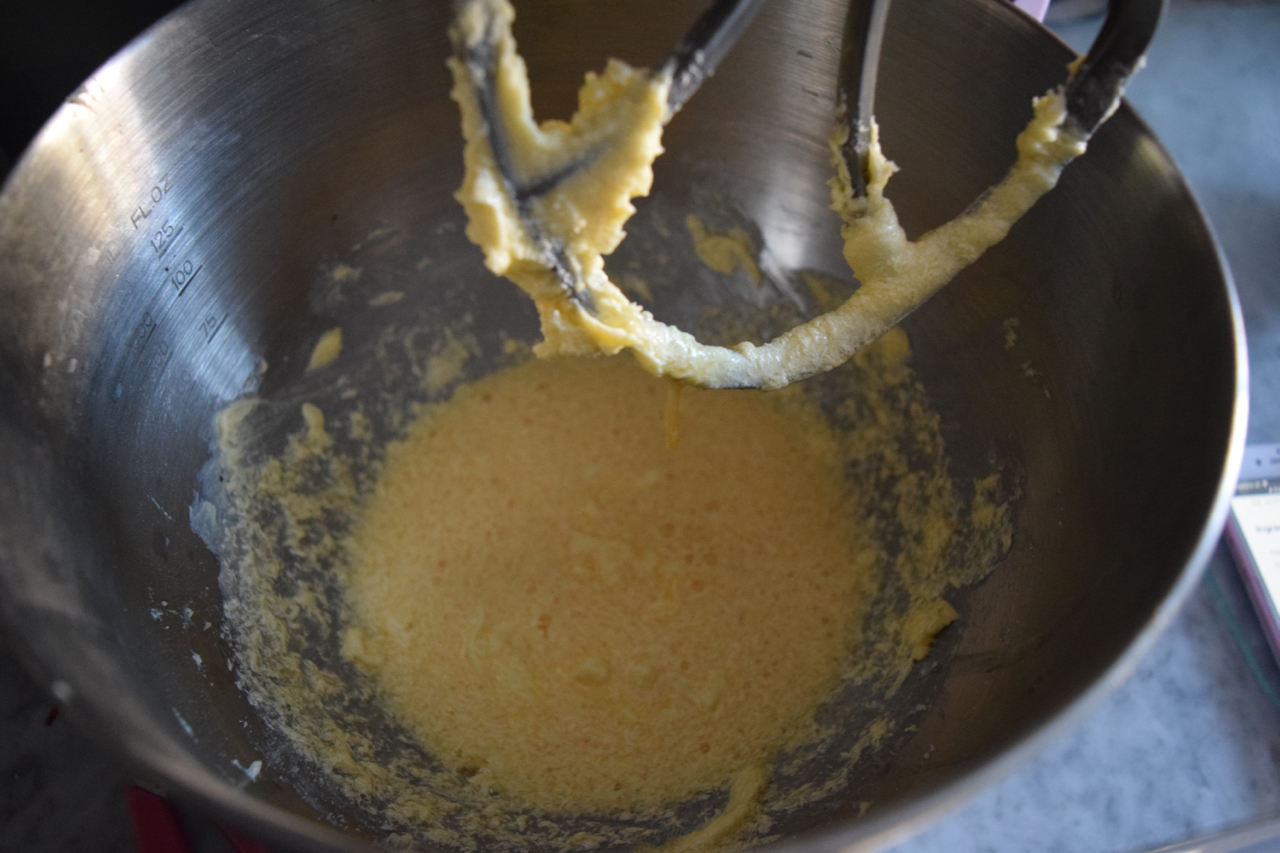 Weigh out the self raising flour and the ground almonds then mix into the egg business until you have a smooth batter. Then briefly mix in the milk. 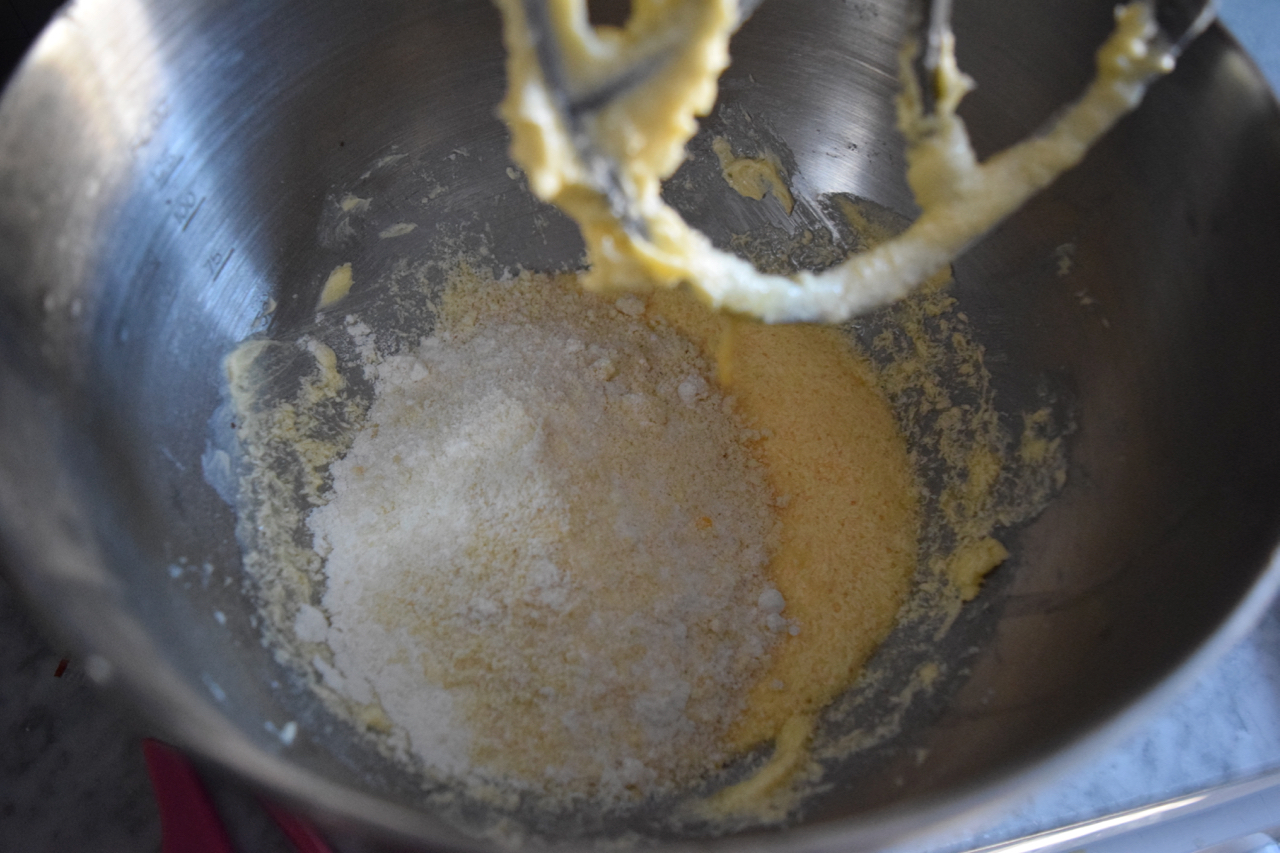 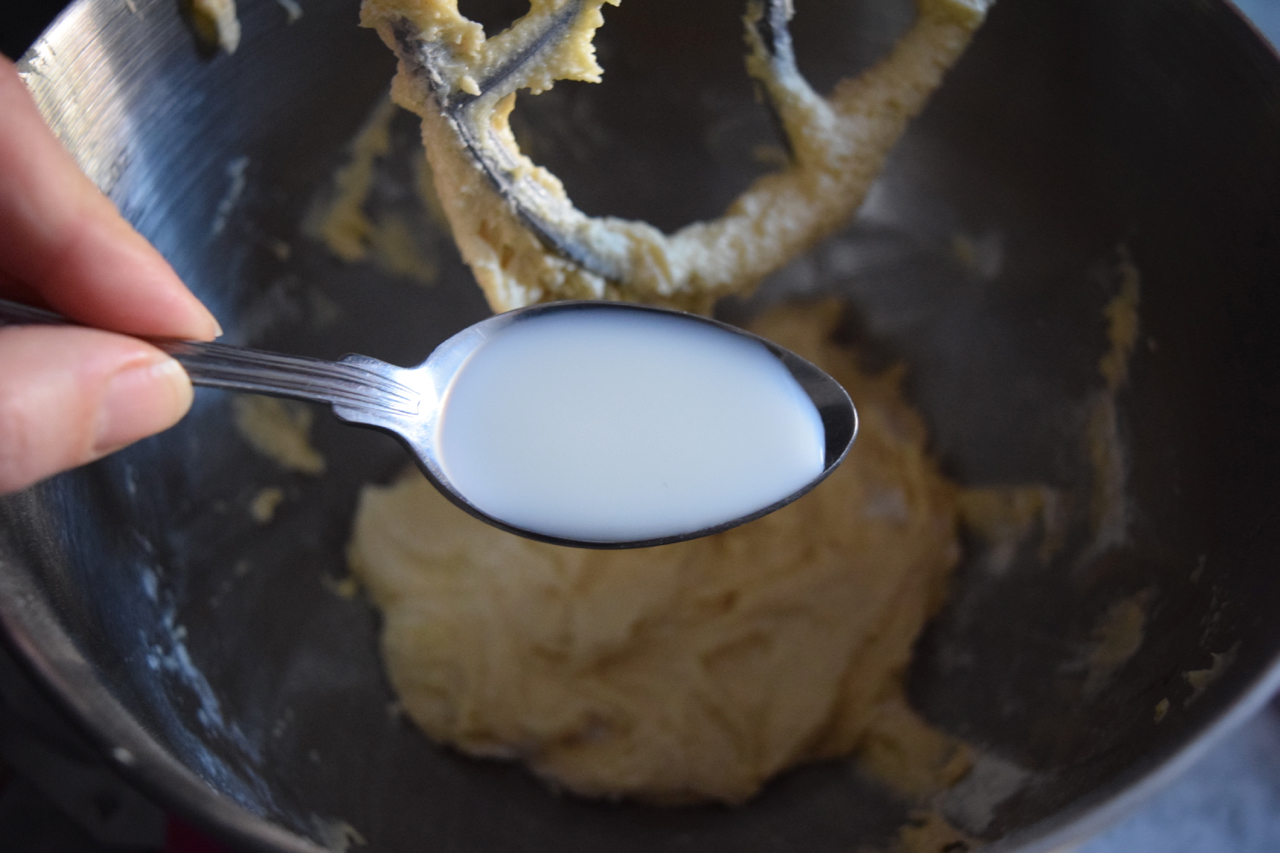 Take your well buttered pudding basin *always makes me think of a hair cut* and spoon in the cherries and their juice. It does look like a lot of juice, but don’t worry, this just makes for a wonderful sticky pud. 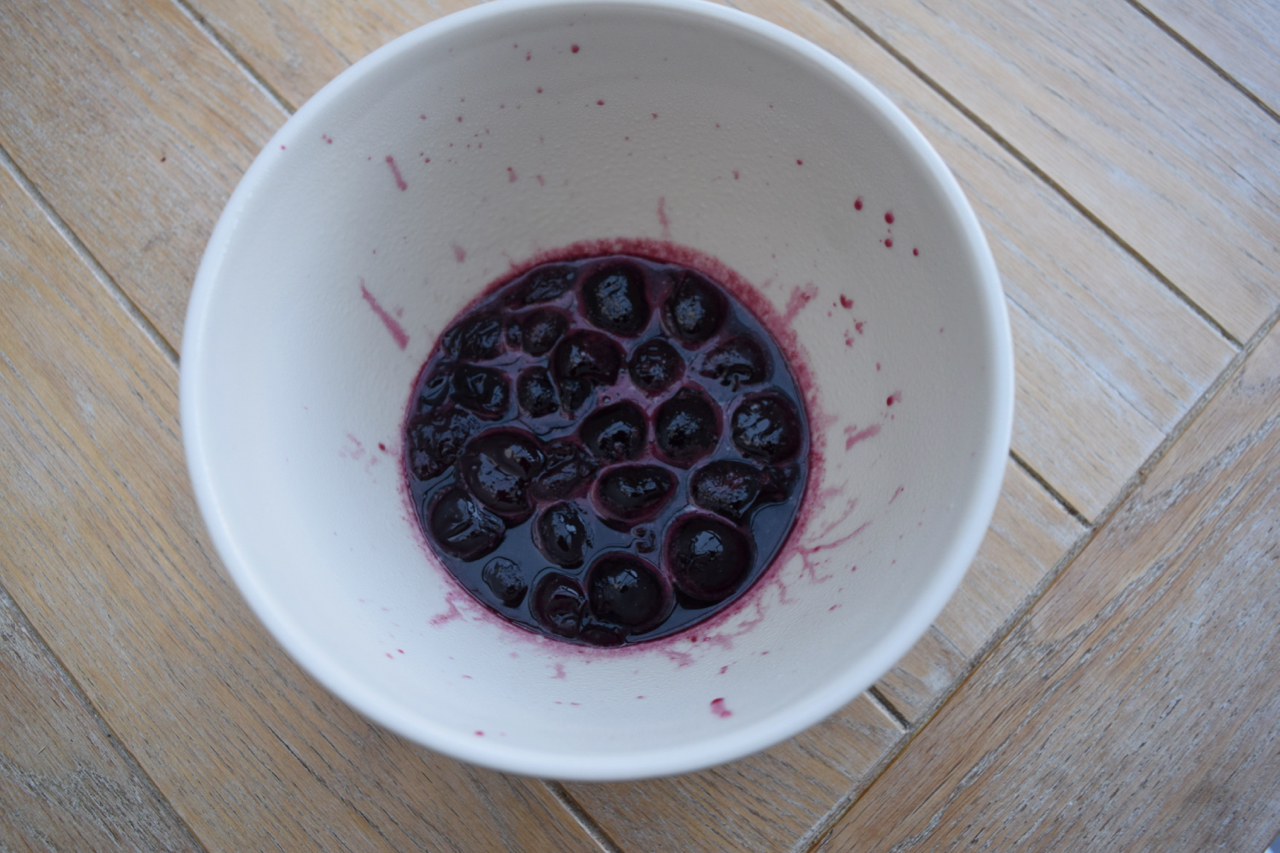 Plop on the almond batter, not worrying if the juice seeps up a little, and smooth the top. 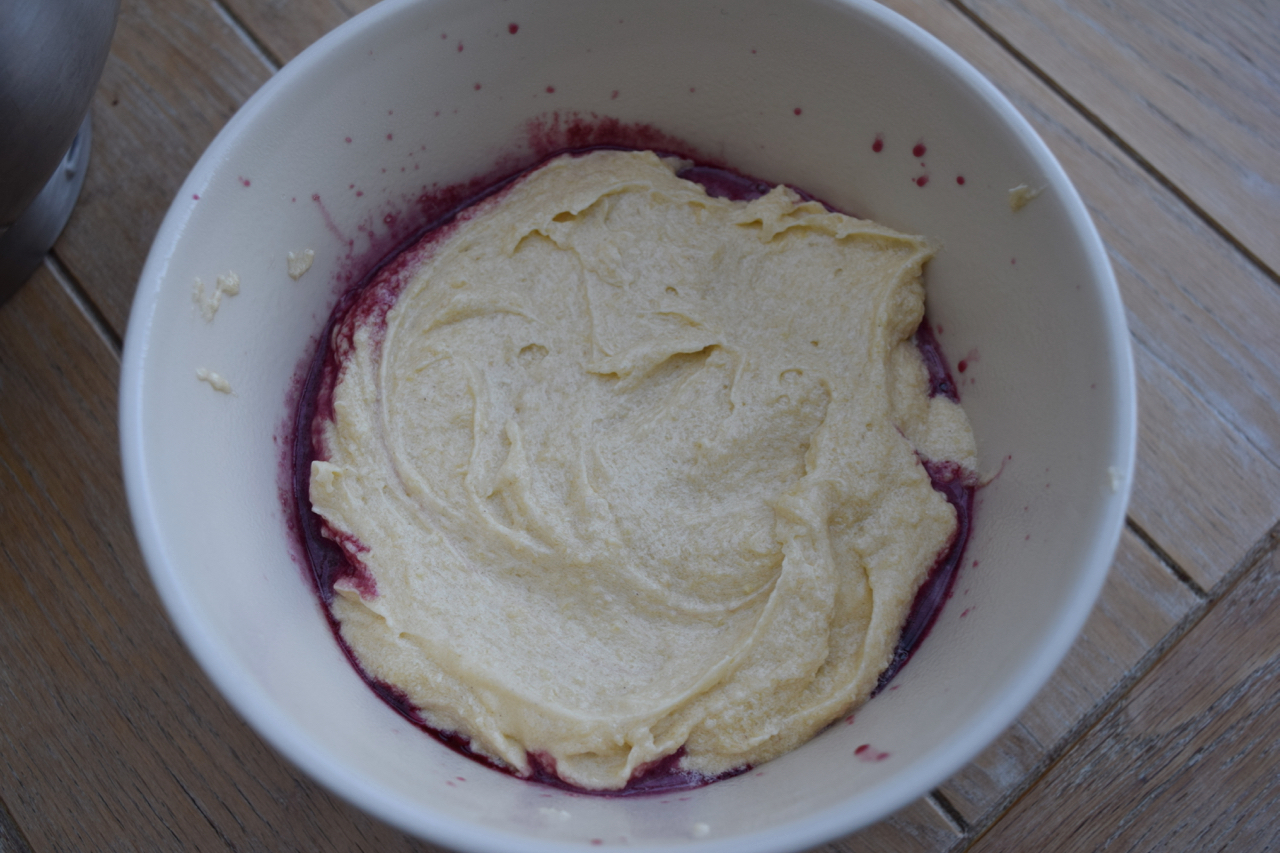 If your bowl has a lid pop it on, if not, use foil then place in the slow cooker. Pour in boiling kettle water so it comes half way up the basin then put the lid on. 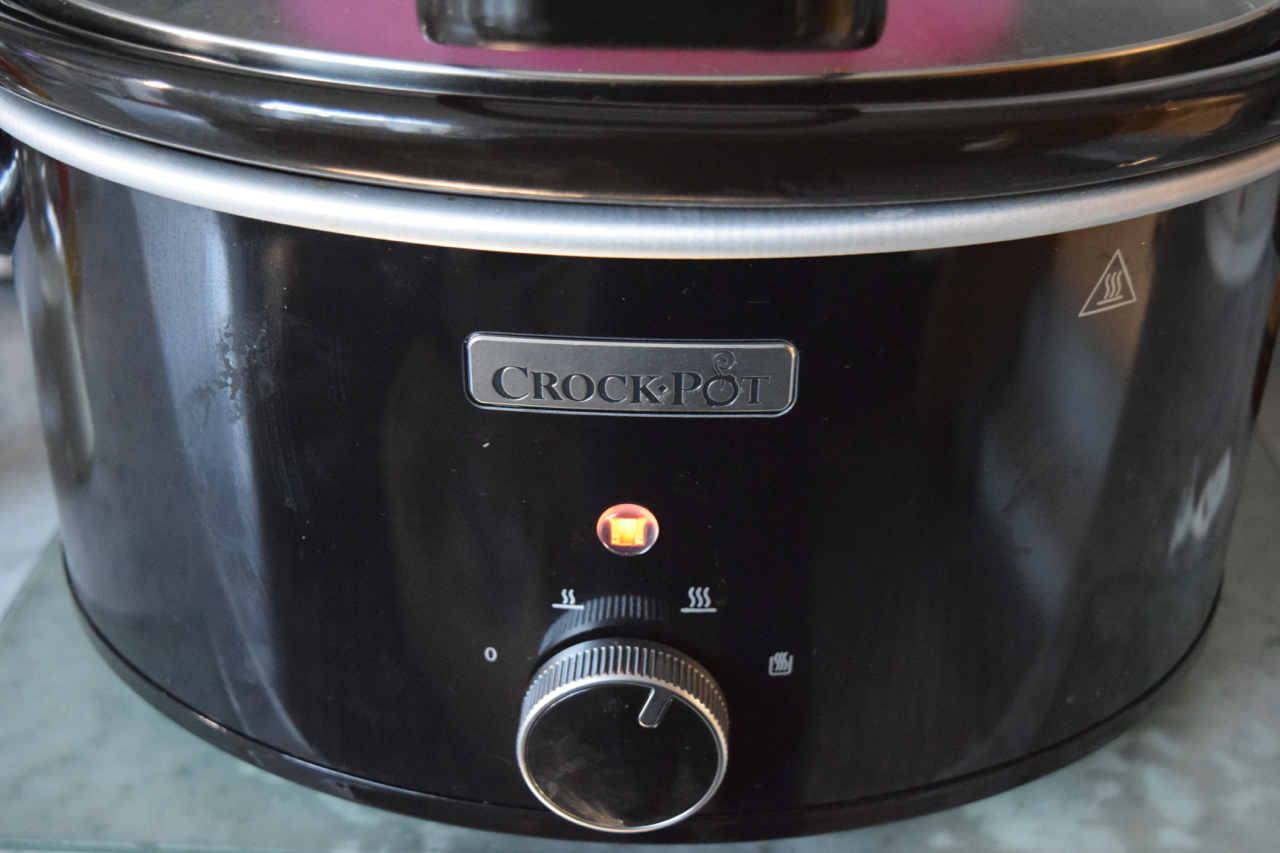 Cook on high for 3 and a half to 4 hours. Your cooked through pudding will be firm to the touch and a skewer will come out clean when poked into the middle. 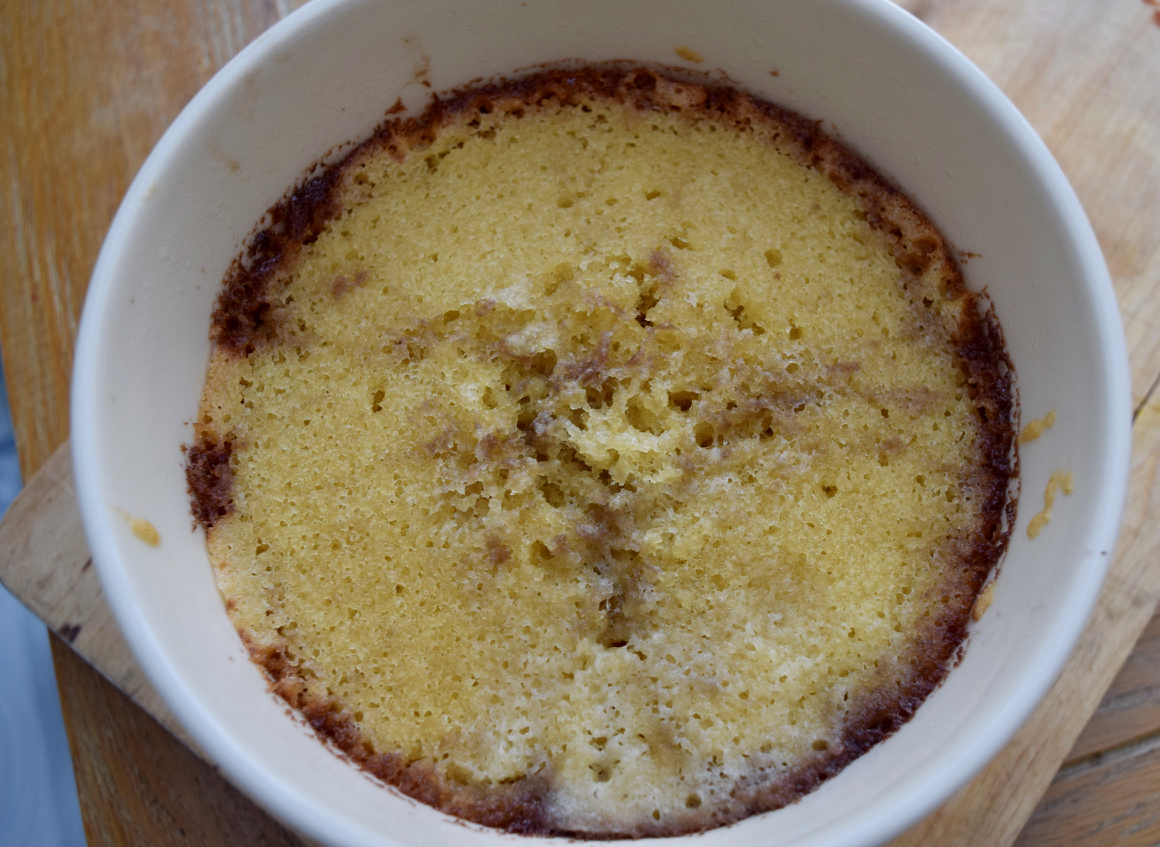 Run a knife around the edge of the pud then turn out onto a serving plate. And serve. In big wedges. With cream or custard. Or both. 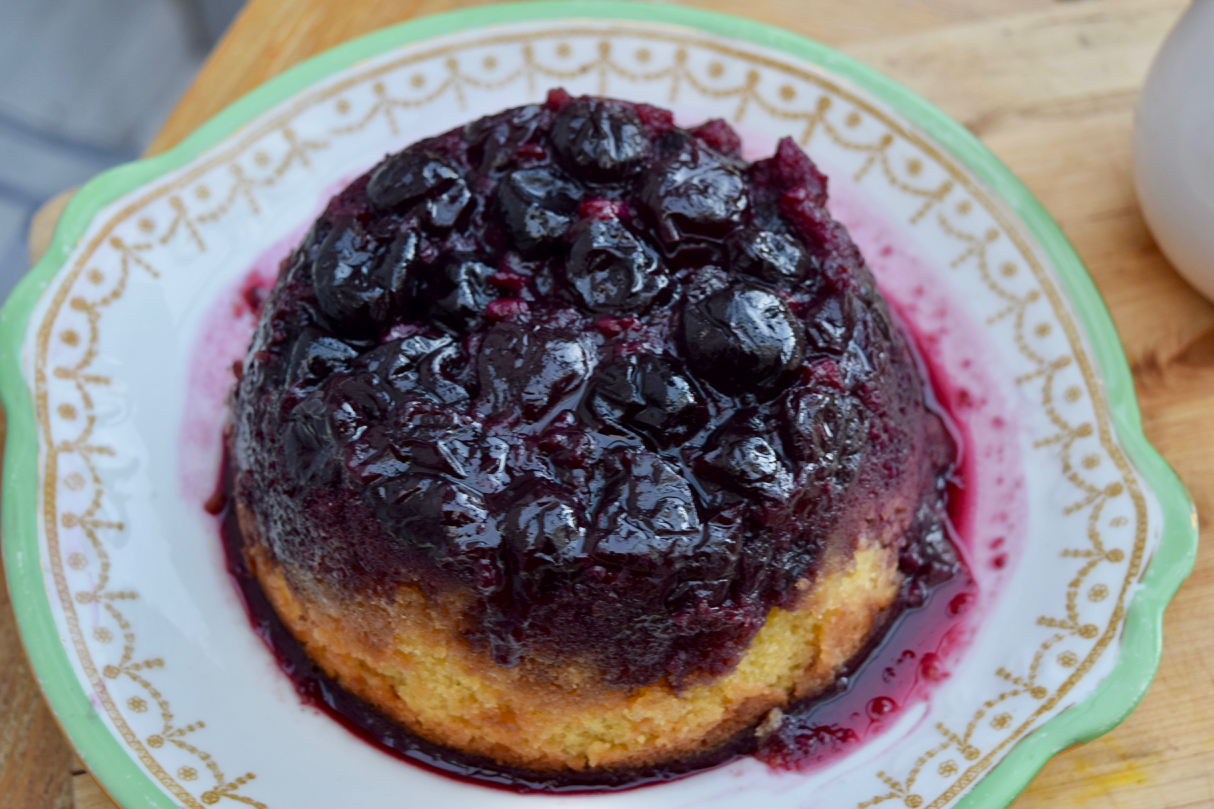 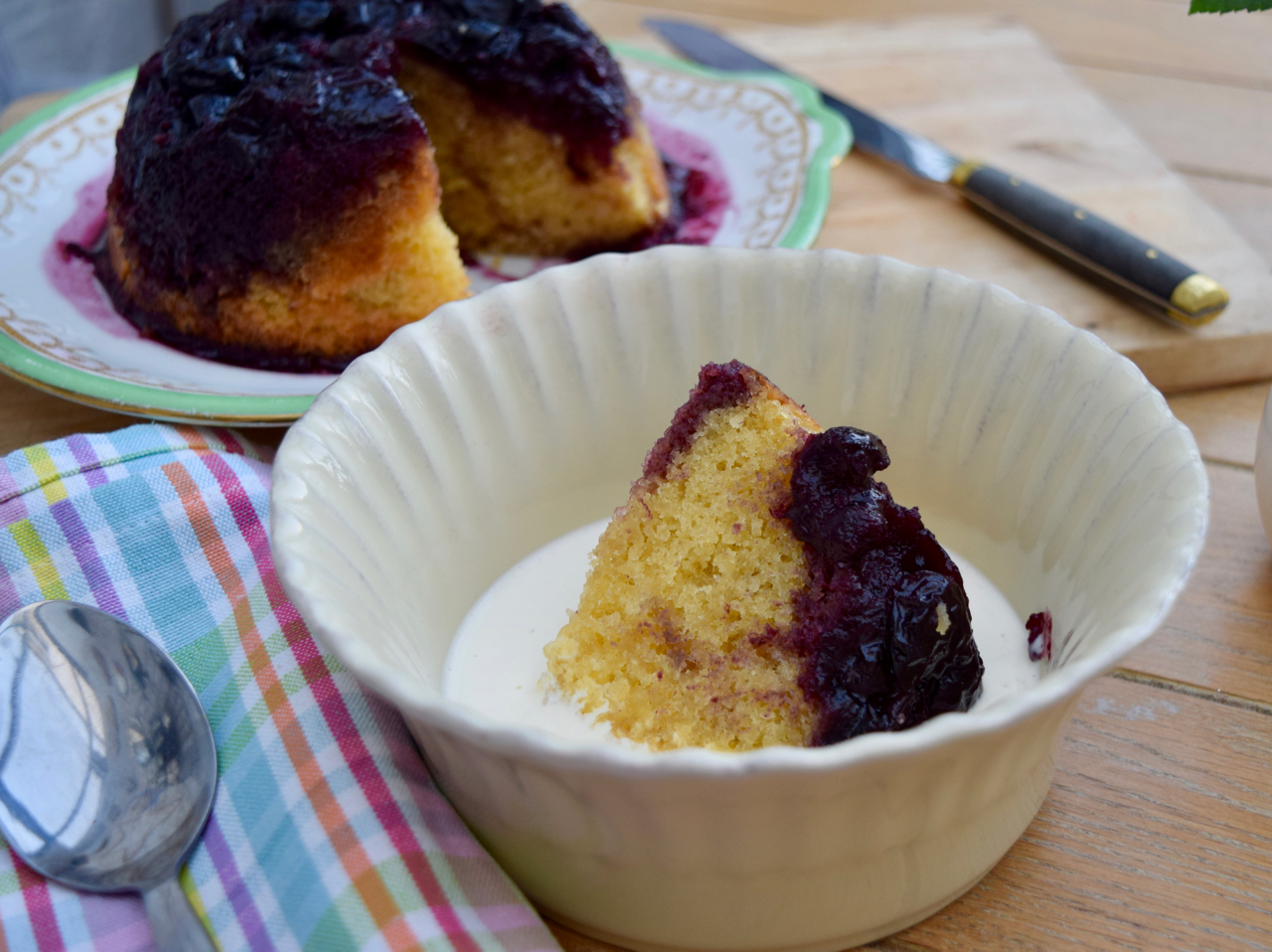 This is a super simple pudding which quietly cooks itself. And tastes bloody lovely. I don’t need to sell this to you, this Cherry Almond Pudding sells itself.

You will need a slow cooker, a stand mixer or a bowl and hand mixer and a 1.2 litre pudding basin, buttered

Cream or custard to serve

Take your pudding bowl and butter really well and whip out your slow cooker.

In a small saucepan weigh in the cherries and the 3 tablespoons of caster sugar. Bring up to the simmer over a low heat and cook for a couple of minutes until the sugar has dissolved but the cherries are just still holding their shape. Leave to one side for the moment.

In the bowl of your stand mixer or a bowl with a wooden spoon, beat the soft butter or Stork with the 115g caster sugar until it’s lighter in colour and texture. Add the eggs, one at a time, along with the almond extract. Don’t worry if it looks curdled at this stage.

Weigh the self raising flour and ground almonds then add these to the egg mixture and fold in until you have a smooth batter. Finally mix in the 2 tablespoons of milk.

Take your pudding bowl, butter well, then spoon in the cherries. There may seem a lot of juice, but I added it all as I like a saucy pudding. Spoon on the pudding batter and level the top a little. Cover the pudding bowl with foil or a silicone lid then place in your slow cooker. Pour on enough boiling water to reach half way up the bowl then close the lid and cook on High for 3 and a half to 4 hours. The pudding is ready when the top feels firm and a skewer comes out clean when poked in the middle of the sponge.

Run a knife around the edge of the pudding then turn out, in all it’s glory, onto a serving plate. Serve piping hot with cream or custard or both. 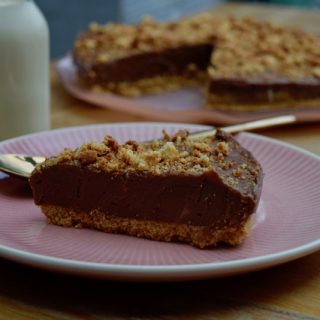 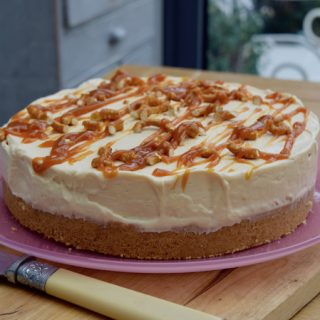 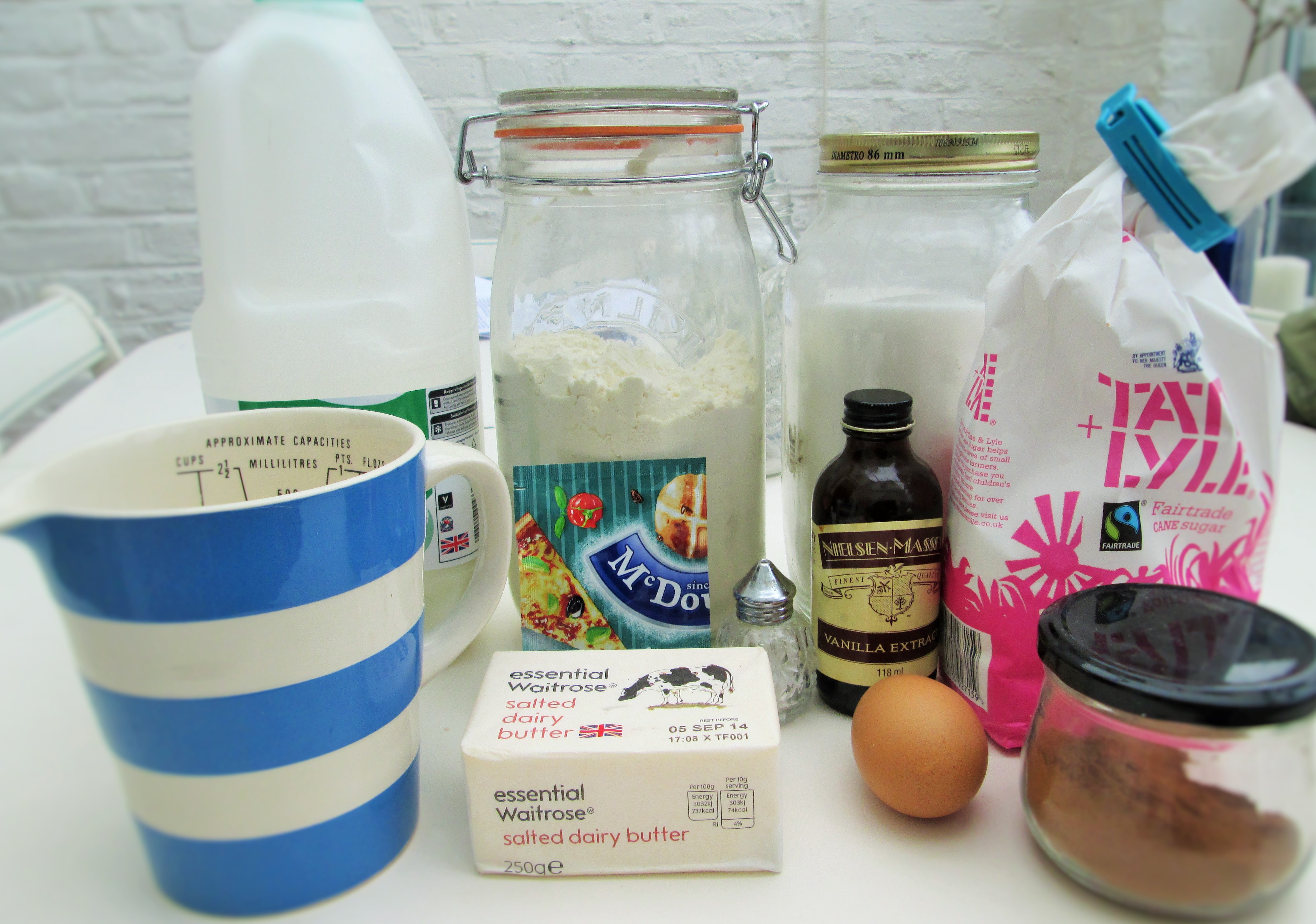