This week it feels really rather springlike in London. It’s mild, the mornings and evenings are lighter and birds are chirping. I’m trying to feel positive that a lockdown end is in sight even though it’s still a way off. To distract myself from the fact June’s a fairly long way off and that it’s still only February, I decided to make a Syrup Roly Poly Pudding, because I love golden syrup more than I love my own family.

I know this is a classic winter pudding, but it is also comfort food at it’s finest. My Roly Poly Pudding is made with butter, however, I’m sure suet would work as well. The pud itself has a scone like texture, with my beloved golden syrup oozing from the soft golden pastry. And thank God it’s easy to make; this pud is the sort of store cupboard treat you can whip up at a moments notice when your family ask what’s for pudding *as mine do A LOT*. On the down side, now I know how quick and easy this is to make, I fear we may be having a Syrup Roly Poly at least 3 times a week. Thank you to Food for Love for the recipe guidance.

Even though it’s feeling spring-like, there’s always time for a comforting, old fashioned pud. I mean, I could eat this in high summer, but then I am borderline golden syrup dependent.

I love the iconic Lyles golden syrup tins and, much to Clyde’s annoyance, have a lovely collection of them in our shed. This recipe is essentially a big slab of buttery pastry with a lot of syrup, if this doesn’t appeal to you, then I don’t know what will.

Make a start by pre heating your oven to 160 degrees fan assisted and by buttering a rectangular oven proof dish, a little bigger than a standard loaf tin. Next take a large bowl and measure in the flour, baking powder and salt.

Now, add the cold butter, chopped into cubes, then rub this into the flour mixture either by hand, or use a pastry cutter like me. It should resemble chunky breadcrumbs, with small lumps of butter still visible.

Now, pour in just 150ml of the milk and mix to form a soft dough.

Tip the dough out onto a well floured work surface and bring together into a ball. Roll out into a rectangle around 30cm by 15cm. In my haste to get the syrup on, I didn’t photography the aforementioned rectangle, but you’ll get the gist.

Spread the golden syrup onto the pastry leaving a border around the edge of about an inch.

I went for a lot of syrup, because it’s my first love, however, when I rolled it up, it did rather spill out of the end. Fear not, I just spooned it over the top, so no syrup was harmed in the making of my roly poly. Now, roll the pastry up from the short end, bracing yourself for any spillage.

Place the roly poly into your buttered dish and brush the top with some of the remaining milk. Then pour the rest of the milk around the sides of the dish.

Admittedly this isn’t looking as though it would win any prizes in a beauty competition at this stage, but bear with. Once you’ve baked the pudding for around 30 minutes it becomes the stuff dreams are made of.

This wonderful golden, sizzling pudding is now ready. Serve in large slices, with some of the hot syrupy sauce, extra golden syrup for drizzling then a) cream b) custard c) ice cream or d) all of them.

While there are puddings like this in my life, which can I say, we ate in one sitting, I am never going to be summer body ready. Just as well it’s still February.

Serves 4-6ish, but not in our house

Extra golden syrup for drizzling and cream, ice cream or custard to serve

Pour in the 150ml of milk and mix gently to form a soft dough. Turn out onto a well floured board and roll into a rough rectangle around 30cm x 15cm.

Now, spread your syrup onto the middle of the rectangle leaving an inch around the edge. Work quickly here as the syrup will spread. Roll the pastry up from the short end, not worrying if the syrup spills out, just scoop it back in with a spoon.

Pop the roly poly into the buttered dish, brush the top with some of the spare milk then pour the rest of the milk around the edges. Bake the pudding for around 30 minutes or until the pudding is bubbling, golden, and smelling oh so good.

Serve in large slices, with dollops of the hot syrupy sauce, drizzled with more syrup and cream, custard and/or ice cream.

There won’t be any leftovers. 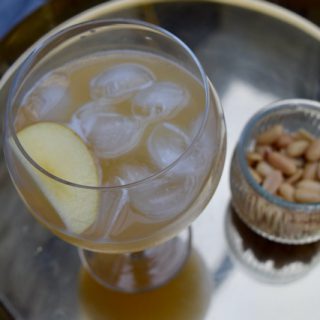 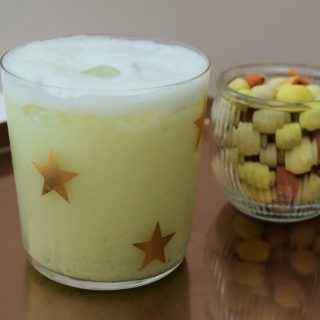 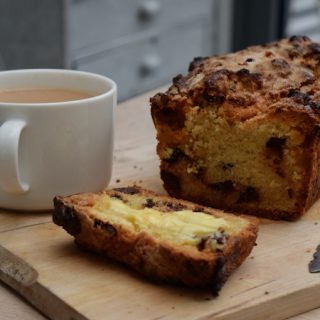 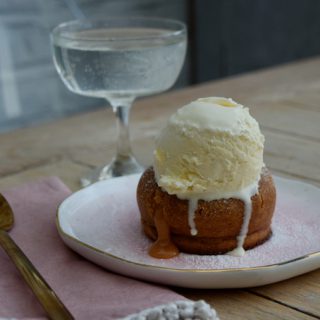